Who Wants To Be A Millionaire? 'Best ever' contestant to win top prize for first time in 14 years - MyJoyOnline.com

Who Wants To Be A Millionaire? ‘Best ever’ contestant to win top prize for first time in 14 years 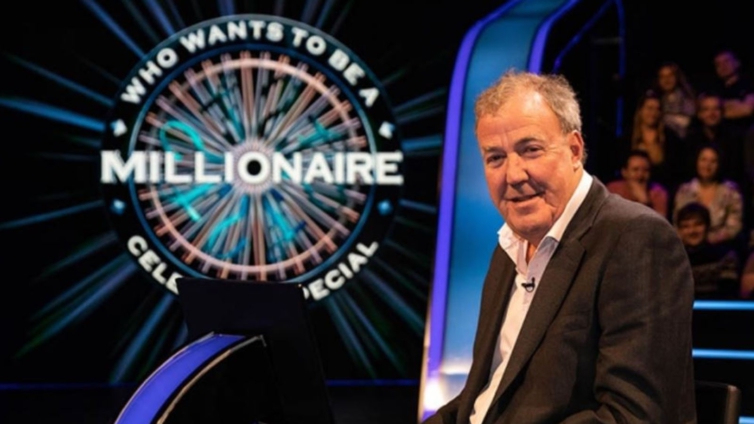 Who Wants To Be A Millionaire? is set to crown its first top-prize winner in 14 years – with host Jeremy Clarkson describing the contestant as “probably the best” in the show’s history.

Viewers will see the currently unnamed contestant, who has already been filmed answering all 15 questions correctly, become the ITV quiz series’ sixth champion next month.

No further details have been released about the quizzer or their win, but Clarkson – who took over as host from Chris Tarrant when the series was revived – said he was “in awe” and believed them to be the best entrant in the programme’s 22-year history.

Clarkson said: “Well, I’m absolutely thrilled and delighted that we’ve found someone who seems to know just about everything.

“I can’t wait for the viewers to see it and I want to watch it back too.

“I was just in awe of this contestant and think they are probably the best the show has ever had in its 22-year history. It was a joy to sit and watch it unfold.”

It is the first time Clarkson, who also hosts The Grand Tour, has been able to congratulate a top-prize winner after taking over in 2018.

He said the contestant “whizzed through the 15 questions and all of a sudden, confetti was falling from the ceiling and I was saying ‘You’ve just won £1 million’.”

Clarkson continued: “I wasn’t sure I’d ever get to utter those immortal six words and I’m not embarrassed to say, it was a little emotional but boy did it feel good.”

This series was filmed without a studio audience due to Covid-19 and government guidelines around social distancing.

Each contestant still has four lifelines – 50:50, Ask The Host and two opportunities to Phone A Friend, rather than Ask The Audience.

In May, retired doctor Andrew Townsley, from Glasgow, nearly became the sixth £1 million winner but walked away with £500,000 after playing it safe rather than answering a final question on motorsport.

Agonisingly, when asked to say the answer he would have given, he was correct.

Judith Keppel was the first ever winner of the top prize, back in November 2000.

For her final question, then-host Tarrant asked: “Which king was married to Eleanor of Aquitaine?”

Ingram Wilcox was the most recent winner, going all the way in 2006.

But the most famous contestant in Who Wants To Be A Millionaire? history is Major Charles Ingram, the winner who never was, who appeared back in the news recently thanks to ITV drama Quiz.

He “won” the grand prize but it was never paid out after he was accused of cheating in an infamous coughing scam.