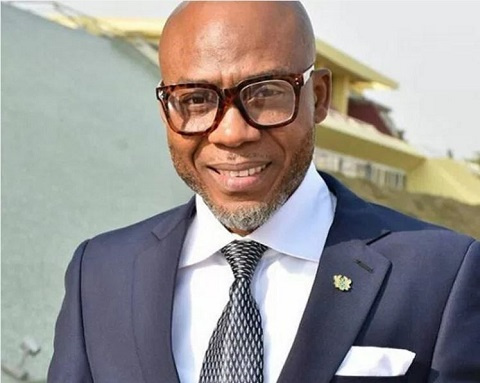 Former Mayor of the Tamale Metropolitan Assembly and New Patriotic Party General Secretary hopeful, Iddrisu Musah Superior has opined that 61 percent of immediate past constituency officers either did not have a job or have any meaningful business.

As a result of that, he noted that they were poor, weak and did not have what he called ‘social power’ to do any meaningful organization for the party.

Iddrisu Musah Superior made the revelation on the margins of the Upper West NPP delegates’ conference in Wa.

”I cannot understand and total disagree with anybody who will understand that these people are cared for properly. Sixty one percent of the last constituency officers did not have a job or are in to any meaningful business and I don’t think that is acceptable.”

“The job of a political party is look after its personnel,” he continued. “You don’t have any other assignment, your assignment is took after the personnel. When they are looked after properly, they then become worthy ambassadors of the party in their various communities and the gained what we call social power.”

He said it is the social power that will help them to recruit people “and the people will gravitate towards you for you to explain to them how you are able to make it. “

”If you are a party officer and you are poor and weak and you don’t have job, it will be difficult for you to do effective organization in the area,” he added.

Musah Superior who doubles as the Deputy Chief Executive Officer of the Forestry Commission stated that when given the opportunity, he is going to introduce a business development module unit in the party which will support and cushion supporters of the party.

He noted that from the recent constituency elections which were held across the country, those faithful to the Danquah-Dombo-Busia tradition want a change, which he believes fits well into his campaign strategy.

”My assessment is that I will win. I have travelled 75 constituencies in 12 regions of the country and there is a clarion call or leadership change. It does appear that the people are buying into my message,” he posited.

He commended the conduct of the elections going on in all regions of the country so far stating that the NPP is the leader when it comes to democracy in the country.

He said the decision of the delegates may not go the way of some of the supporters but he urged them to respect their decision.

DISCLAIMER: The Views, Comments, Opinions, Contributions and Statements made by Readers and Contributors on this platform do not necessarily represent the views or policy of Multimedia Group Limited.
Tags:
Musah Superior