80 contestants to battle out second edition of McDan entrepreneurship challenge 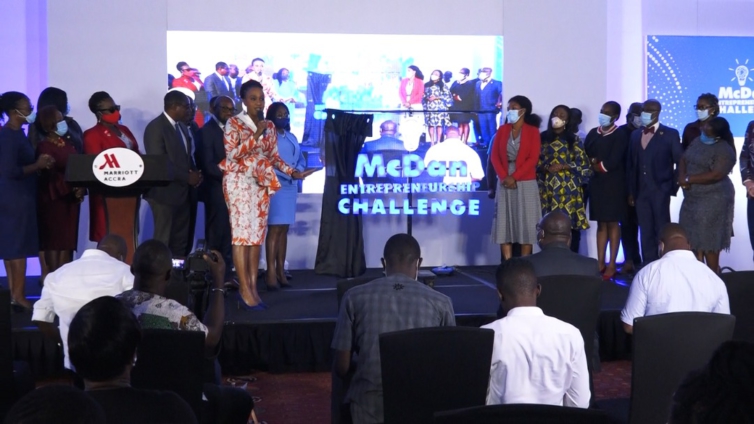 Eighty budding entrepreneurs have been shortlisted in the second edition of the McDan Entrepreneurship Challenge, a programme designed to groom entrepreneurs.

The number was winnowed out of over 14, 000 applicants nationwide.

The 80 contestants will be pitching their business ideas and modules to a panel of judges, out of which the overall winner will be selected and awarded a $100, 000 support fund.

Chairman of the McDan Group of Companies, Mr Daniel McKorley, said the programme would develop the competences and skills of the entrepreneurs.

He said that was his way of empowering the youth in entrepreneurship and supporting government in providing employment opportunities for the youth, adding that, “the government can’t do it alone, we all need to support it in building the capacities of the youth.”

“It’s about the impact we want to create and build the competences and skills of the youth for a better tomorrow. Unemployment is a major problem of the country, and we all must do our best and support government to curb it,” he said.

Mr. McKorley said the cash prize would help the winner scale up his or her company so as to employ others and make a positive impact in his or her community and the country as a whole, adding that, the rest would receive support from the Ministry of Business Development.

Mr. Augustine Blay, Executive Secretary to the Vice President of Ghana, called on the private sector to support government in addressing the challenge of youth unemployment.

He said government was committed to youth development hence the introduction of youth-centred programmes such as the Free Senior High School (SHS), National Builders Corps (NABCO), National Entrepreneurship and Innovation Plan (NEIP), among others.

He said the programmes were having a positive impact on the youth in building their competences and creating employment.

“A programme [such] as the Free SHS had over 1.2 million school children on board, whereas NABCO and NEIP were providing employment for the youth and providing them with capital to build their start ups,” he said.

Winner of the first edition of the challenge, Mr. Alhassan Hamza Akoligoh, advised contestants to be focused and not just be concerned about winning the prize money but build their skills as well.

“Focus on your business and not just the award prize. Your business shouldn’t just be about profit but creating an impact in the lives of others,” he said.