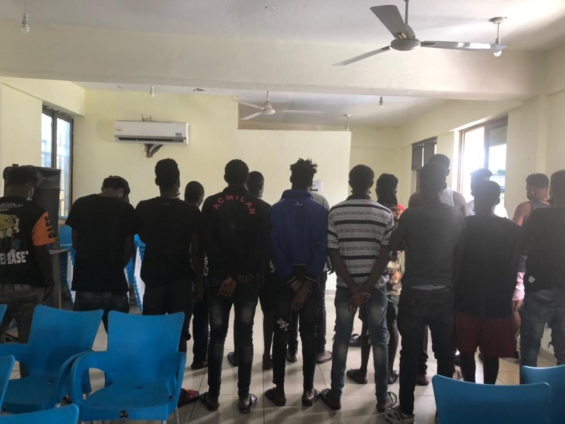 Nine illegal miners have been arrested by District Security Council of the Amansie South district of the Ashanti region.

The miners were arrested along the Offin River, currently plagued by their activities known as “galamsey’.

They would be processed before court on two counts – conspiracy to mine without lawful authority and undertaking small scale mining without authority contrary to Section 23 (1) of the Criminal Offenses Act of 1960 and 99 (2a and b) of Minerals and Mining Act 2006, (Act 703).

Undertaking mining without authority is against Section 99 (2)(A) of the Minerals and Mining Act as such, Illegal mining equipment were ceased by the security personnel and will be used as evidence in court.

District Chief Executive, Clement Opoku Gyamfi who led the operation told JoyNews that he will ensure all recalcitrant illegal miners are arrested and prosecuted.

According to him, the likes of these illegal miners have destroyed almost all the water bodies in the area and have extended their actions on people’s cocoa farms, hence, he and his outfit will stop at nothing to help end illegal mining activities in the country.