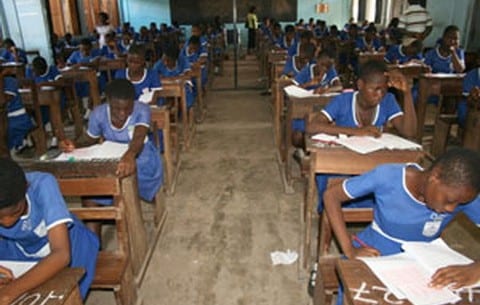 A total of nine schools in the Agona West Municipality of the Central Region scored zero percent in the 2013 Basic Education Certificate Examinations (BECE).

Mr Samuel Oppong, Agona West Municipal Chief Executive (MCE) made this known when he addressed the first ordinary meeting of the  Assembly at Agona Swedru.

According to the MCE,  available statistics indicate that out of 2,182 candidates who sat for the examinations, only 848 candidates passed, representing 38.8 percent.

He attributed the poor results to teacher-absenteeism, and said this constituted  a major drawback on education delivery in the Municipality, and said the Municipal Educational Oversight Committee had put in place measures to reverse the situation.

Mr Oppong who is also the chairman of the Educational Oversight Committee,  said the measures include teacher promotion, Best Teacher Award, institution of welfare services and sanctions on recalcitrant teachers.

He charged the Agona West Municipal Directorate of Education to work hard to promote education at the Junior High Schools (JHS).

The MCE said government was sinking millions of Ghana Cedis into education, and asked the teachers to work hard to reciprocate the gesture.

Mr Oppong said the Assembly in collaboration with the Agona West Municipal Health Directorate,  had put in place plans to educate the public against the spread of  communicable diseases.