900 out of 3,060 deleted Efutu voters re-registered as second chance closes 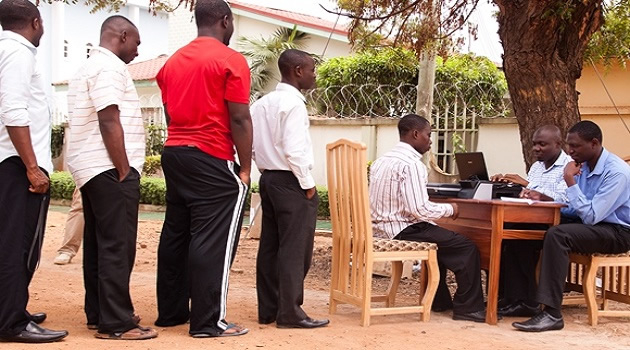 The Electoral Commission has ended a re-registration exercise that was to provide a second chance for those whose names were deleted from the voters register because they used a wrong ID to prove citizenship.

The exercise, which spanned from August 5 – 12, was to enable more than 30,000 persons who were not able to take advantage of the first opportunity to re-gister in July.

But even after the end of the second exercise, less than half of the expected people registered.

“We have over 900 who have successfully gone through the re-registration exercise out of the 3, 060,” Efutu MP Alex Afenyo Markins told Joy News.

Afenyo Markins who was pushing for an extension of the first phase was full of praise for the Commission for permitting a second re-registration opportunity.  “In all fairness the EC system improved and pressure was a bit on the low side,” he said,

Mr Markins said over 900 persons who were able to register represents about one-third of persons expected to register in his constituency in the Central region.

He explained the exercise recorded poor attendance partly because many of the people whose names were deleted have “transferred their votes.”

Absolving the EC of any blame for the poor turn-out, Afenyo Markins said the EC has done enough not to be seen as disenfranchising Ghanaians.“I don’t think that anything in terms of the numbers can be wholly be attributed to the EC.”

Meanwhile electoral commission says it is collating data for a more comprehensive picture of the exercise which ended yesterday nationwide.