A case for Justice Blay: Why he deserves to be in Akonnor’s Black Stars squad 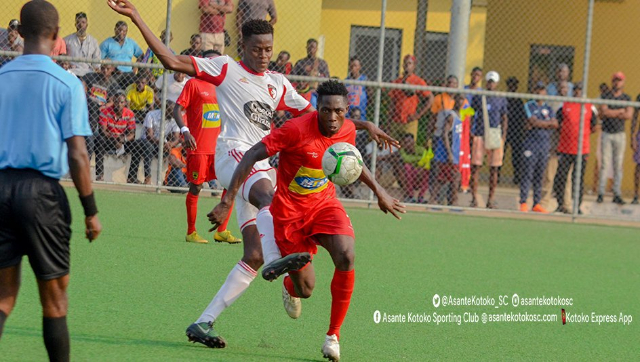 With 12 rounds of the Ghana Premier League played, Justice Blay is in contention for the Player of the season award.

Nicknamed ‘Nkuku’, the combative midfielder has been on the lips of every Asante Kotoko fan with his impressive performances this season.

Eyebrows have been raised because before the squad announcement many would have believed that Blay has been in the best four players in the league so far.

The case for Blay

Despite starting the first nine games, the Kotoko midfielder missed two games due to illness but returned to play the entirety of the game against Bechem United last Friday.

At the news conference, Akonnor explained that Blay’s absence was due to the fact that he believed the midfielder wasn’t well.

“For Justice Blay, he didn’t make the squad because he was sick at the time and he only recently got back. I can assure that in the future he will get a chance. His time will come.”

Ghana will play Sudan on March 27th, three weeks from now. Justice Blay was passed fit last week and was influential in Kotoko’s win over Bechem where he played 90 minutes.

The midfielder on loan from Medeama played a key role teeing up Imoro Ibrahim to set up the second goal for the Porcupine Warriors.

Blay’s performance suggested that he was fit as he covered every blade of grass at the Accra Sports stadium.

In three weeks, it is clear that Blay will be back to his best throwing question marks at Akonnor’s assertions for dropping him.

Justice Blay has been Kotoko’s best player this season.

Coach Akonnor claimed that Blay was not fit enough to be called to the Black Stars squad. However, two central midfielders who got the nod ahead of the Kotoko midfielder contradict Akonnor’s comments.

The Chinese league is currently on a break due to the outbreak of the coronavirus and as a result, the 29-year-old midfielder has been inactive for a while and his last appearance in an official match was 57 days ago.

Wakaso spent the first half of the season in La Liga playing for Alaves. He made 16 appearances with no goals and assists as he picked up 10 yellow cards and one red card.

Despite his inactivity in the past few months and poor form this season, Wakaso got the callup ahead of Blay.

Alfred Duncan on the hand enjoyed the first half of the season with Sassuolo scoring one goal and five assists in 11 appearances.

Unfortunately, he sustained a thigh injury before securing a move to Fiorentina in the winter transfer window.

The midfielder was out of action 41 days and only returned a couple of weeks ago. So far he is being eased slowly into the Fiorentina setup managing just 161 minutes after his injury.

Duncan is yet to stamp his authority on the national scene with his latest Black Stars match against South Africa ending in disappointment.

Here’s the case where two midfielders included in the Black Stars squad are not 100% fit hence contradicting CK Akonnor’s remarks of not picking Justice Blay because he was fit.

Akonnor says Justice Blay has a future with the squad but in terms of the now, Blay deserves to be in this squad.

DISCLAIMER: The Views, Comments, Opinions, Contributions and Statements made by Readers and Contributors on this platform do not necessarily represent the views or policy of Multimedia Group Limited.
Tags:
Black Stars squad
Justice Blay