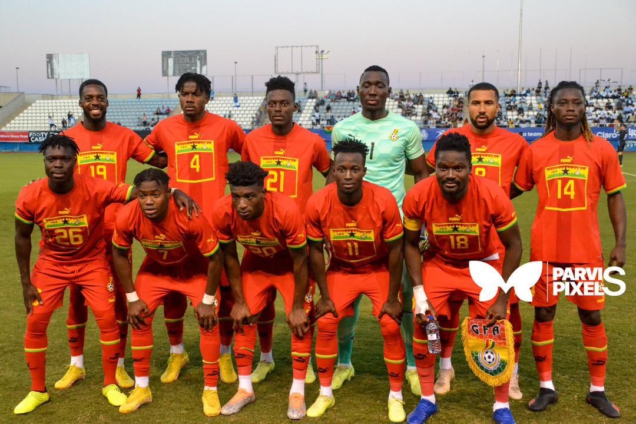 The cloud of the last World Cup in which Ghana featured still hangs over our heads. A topic that once reared its ugly head seems to spark different emotions.

It’s safe to say that no Ghanaian would want to relive the events of the 2014 World Cup.

In this piece I seek to look at the squad we paraded at the mundial in 2014, compared to the list Coach Otto Addo assembled for the last two international friendlies, at the time FIFA allowed nations to present a list of 23 players.

The goalkeeping department had both Stephen Adams, then with Aduana stars and Fatau Dauda, who was with Orlando Pirates at the time.

Since otto Addo took over, four goalkeepers seem to have been called most; Richard Ofori from Orlando pirates, Abdul Manaf Nurudeen with KAS Eupen, Joseph Wollacott with Charlton Athletic and Lawrence Ati-zigi with St. Gallen in the Swiss league.

Technically Otto’s goalies are more modern than those we had in 2014.

Joseph Wollacott is known for his shot-stopping abilities as he is seen to have saved 14/17 shots he has faced from outside the 18yard box. He is the only goalkeeper out of the 13 goalkeepers to have kept 10+ clean sheets in League Two, none of them have made more saves (111). While he has had issues with distribution this is a part of his game that he can develop.

Ati Zigi is one of the goalkeepers who seems to have the best distribution amongst the 4 goalies, an attribute that is most sought after in modern day goalkeepers.

In 2014, Ghana had at its disposal some good defenders including Samuel Inkoom, Daniel Opare, Rashid Sumaila, Rabiu Mohammed and Jonathan Mensah. Per the last list presented by Otto Addo, Denis Odoi, Tariq Lamptey, Alex Djiku, Salisu were the main names of the defenders.

Tariq Lamptey, probably, the most dynamic of our defenders in the attacking third, a player that loves to use his burst of pace to attack wide areas, make overlapping runs and get into good positions to deliver crosses into the box.

Mohammed Salisu for me is one of the best left-footed center-backs in world football currently. Salisu is as good on the ball as he is at reading the game to curtail danger. Salisu’s ability to step into midfield and play out from the back makes him a needed talent from the back.

A partnership between Daniel Amartey and Alex Djiku seems to have been a mainstay in recent times. Both players seem to have a telepathic relationship, Djiku’s aggression and ball-playing abilities make him a top CB as the last man, while Daniel Amartey adds experience and leadership at the back.

In 2014, the Black Stars midfield was heralded by Suley Muntari, Michael Essien, Kwadwo Asamoah and others. Arguably our best department in terms of skill set and experience, the current midfield included Thomas Partey from Arsenal, a player who has had issues with injuries in recent times but his technical ability makes him indispensable in the middle of the park for Ghanaians. He offers a lot in terms of forward line-breaking passes.

Daniel-Kofi Kyereh has proven to be a key cog in the middle of the park, either as part of the starting 11 or from the bench, his late runs into the box tend to add goals and assist to the team.

Mohammed Kudus needs no introduction as he has been a top performer for his club side in the UCL and for Ghana as well, his ball progression ability from deep helps carry the ball high up the pitch.

He also creates chances and attacks half-spaces in the opposition’s third.

Asamoah Gyan went into the 2014 World Cup as captain and lead scorer for the Black Stars, a department that had Majeed Waris and Kevin Prince Boateng as part of our attack. The current attack has Inaki Williams, who comes with a different skill set than what we had in 2014, a more pacey and direct attacker, while Antoine, Kamaldeen and Jordan provide different skill sets as both can play from out wide.

Essentially, my take is: we seem to have a more diverse skill set than the 2014 team, a younger and more vibrant squad but there is a lack of experience and team cohesion as these players haven’t played with each other for a long time compared to the 2014 squad.

A difficult group of Portugal, Uruguay and South Korea but the diverse skill set affords us a chance to put up a good showing at the World Cup and write a different story similar to what we had in 2010 on the pitch.

DISCLAIMER: The Views, Comments, Opinions, Contributions and Statements made by Readers and Contributors on this platform do not necessarily represent the views or policy of Multimedia Group Limited.
Tags:
2022 Qatar World Cup
Black Stars
Black Stars squad