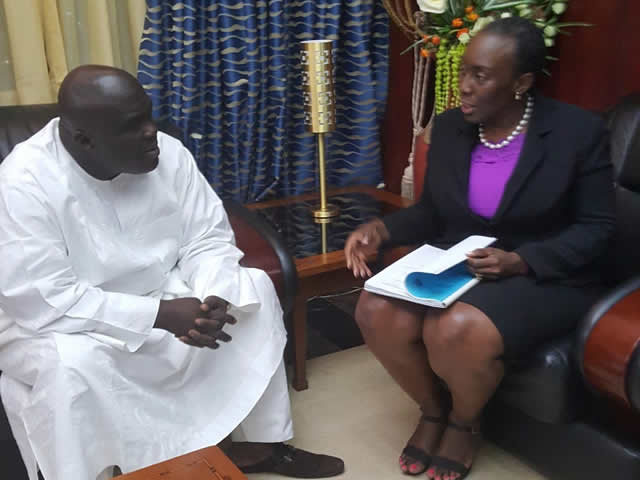 The Attorney-General and Minister for Justice, Mrs. Marietta Brew Appiah-Oppong has presented her report on the review of the controversial bus branding to the Chief of Staff.

Mr. Julius Debrah received the report he commissioned for a review of the contract for the spraying and branding of 116 buses of the Bus Rapid Transit system.

The buses were branded at a reported cost of 3.6 million Ghana cedis.

Many Ghanaians were outraged by the cost of the branding prompting the Chief of Staff to write to the A-G to review the contract and furnish his office with her findings by Tuesday, December 22, 2015

The Attorney-General, acting on the directive, submitted the report on Tuesday to the Chief of Staff.