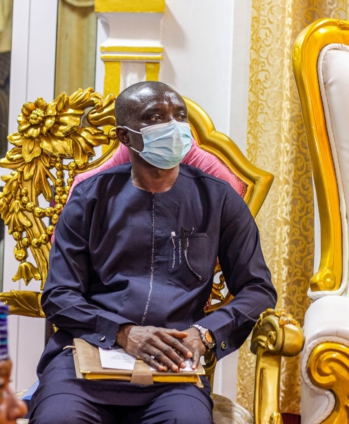 The Ministry of Chieftaincy and Religious Affairs has asked feuding factions in the Bawku conflict to resort to the ruling of the Supreme Court and desist from actions that will escalate tension in the area.

In a statement, the Ministry debunked claims that Bawku does not have a paramount chief.

The Ministry stressed that attempts to enskin a new Bawku Naa is contrary to the already determined position of the Supreme Court.

“The status of the Paramount Chief of Bawku has been settled by the Supreme Court of Ghana in the celebrated case in April 2003.

“Indeed, the judgments of the Supreme Court, the highest court of the land are meant to be complied with and not subject to the opinions of any individuals or group to pick and choose whether to abide by the judgments or not,” the statement said.

It noted that until or unless a decision of the Supreme Court was varied or set aside, that decision was binding on all persons.

“It is our expectation that all parties will abide by the decision of the Supreme Court and let peace prevail in Bawku. Government is resolved to ensure that persons holding offices legitimately are inhibited from performing their roles and functions. All are strongly advised to respect the position of the law and act accordingly”, the statement cautioned.

There have been renewed fights between the feuding factions amid reports of gunshots, leading to the loss of lives and destruction of properties.

Meanwhile, security analyst, Adam Bonaa has suggested that government make Bawku a police region to respond to conflict issues in the area immediately.

“One of my solutions would be that Bawku should become probably the 19th police region. As you know, Kasoa was once an albatross on our neck for a very long time. Now it is the 18th police region apart from Tema.

“What it means is that you would have either an assistant commissioner, a deputy commissioner or a commissioner of police with all the resources, both human and materials sent there so that before these things escalate, they are there to deescalate.”