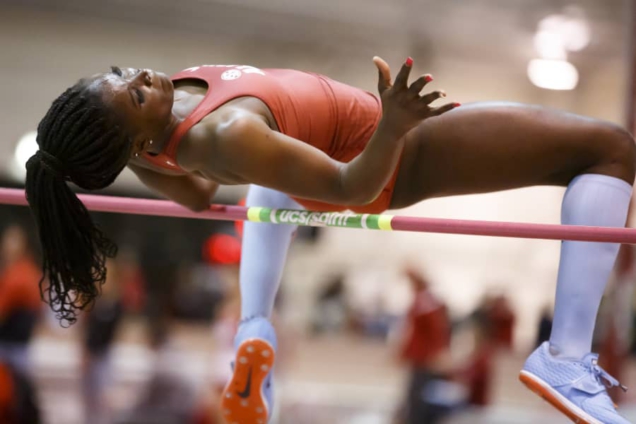 On Saturday, April 16, 2022, she set the record of 1.92m at the War Eagle Invitational in Auburn Alabama

The 25-year-old’s personal best was not only good enough to win gold for Alabama University at the Athletics meet but surpassed the previous national record (1.87m) set in 2018 by 5cms.

The national high jump record holder has qualified for this year’s Commonwealth games alongside Deborah Acquah and Benjamin Azamati who are currently number one in the Long jump and 100m sprint respectively.

🇬🇭Abigail Kwarteng set a New National Record of 1.92m in High jump at the War Eagle Invitational in Alabama

Kwarteng’s new PB breaks her previous 🇬🇭high jump record (1.87m) set in 2018 and is ranked No.4 in the World

Her current mark tops the previous outdoor meet record of 1.87 meters set in 2012 by Ann Dudley and also tops the indoor-meet record of Ann Dudley’s in which she reached a height of 1.86 meters in 2013.

Abigail Kwarteng who had been out injured for almost three years has now set her sights on scaling (1.96m) which would qualify her for the World Athletics Championships in Oregon in July.