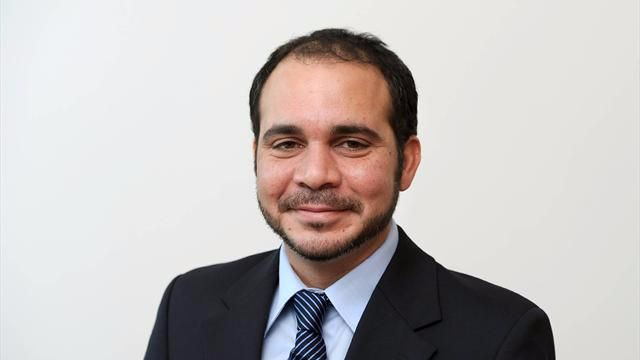 Sepp Blatter though had shown, even as a FIFA General Secretary his passion to have the game transcend unthinkable levels in Africa, and that manifested when he was crowned FIFA President.

The Confederation of African Football on a number of occasions moved their 54 votes en block in support of the Swiss during elections. Initiatives like the FIFA goal projects, countless marketing and sponsorship seminars and opening the continent up to the World with an unforgettable World Cup experience in South Africa in 2010 surely ensured his continuous stay in Africa.

The race for the FIFA golden seat next month, will be no different with candidates in a tussle for the majority of votes from Africa, but the powerful indigenes will be hoping for a President in the frame of Sepp Blatter or better. And that makes Prince Ali Al Hussein a thorough favorite.

The Jordanian Royal was almost unknown when he ran against Sepp Blatter for FIFA’s presidency last May. He was also only 39 –  absurdly young by FIFA standards.

Prince Ali's father is Jordan’s King Hussein, direct descendant of the Prophet Muhammed. His mother, Queen Alia, came from a wealthy Palestinian merchant family. She died in a helicopter crash when Ali was one. He grew up at his father’s feet, sitting in on Hussein’s many meetings

In 1999, during a “very difficult time” after his father’s death, Ali became president of Jordan’s Football Association at a young age of 23. And in four years, from the 150s in FIFA rankings for national teams, improved to 37th in the world.

Ali ran against Blatter in May because, well, nobody else was willing to…or probably scared.

The smiling Swiss inspired fear within FIFA. But why will Africa be swayed into thinking he is the best for them? Shaikh Salman al-Kalifa, a Blatter supporter, is running for president himself.

Shaikh Salman al-Kalifa, was a staunch disciple of Blatter and obviously saw nothing wrong with his style of leadership that he openly supported the Swiss to win his failed final term. In one breath it could be argued that he is likely to carry on Blatter's gestures towards Africa.

But in another, he will be suscpitble to his administrative lapses .

Salman's will to fight corruption was tested, yet he failed because he was unwilling to fight the system. That clearly leaves the question: what new has he got to offer?.

Prince Ali scored full marks as he single handedly faced the seeming mantra that it was "impossible to beat Blatter" – and legitimately refused to force a second round.

That smacks of one who affords Africa the opportunity with continued preference and  promising leadership. Prince Ali has presented himself as the reform-minded, corruption free candidate needed to lead football’s world governing body. However, he needs to do more.

Ali has to convince the African voters that he will continue to give the national federations much needed funds for the development of football on a continent where cash is hard to find. There is a need to develop grassroots football, the women’s game and general football infrastructure on the continent.

The Jordanian royal is well aware of the importance of Africa and the needs of African football and its administrators. In a recent interview, he said “…Africa is crucial for what we want to do, to develop football. [There is a need] to develop infrastructure, the stadiums, the teams. The moment has come for Africa to play a leadership role."

In the manifesto which he out-doored last week, Ali has made a host of promises; many of which are of peculiar interest to Africa. On racism, he said; “slogans and advertisements are not enough” and that stronger punishment for racist players and fans would be instituted. He has also promised to initiate programmes against the trafficking of players by providing a ‘safety net’ “to assist players who need short-term financial assistance or other support to ensure their safety and wellbeing.”

Prince Ali faces stiff competition if he is to succeed Blatter, the long-serving president who is serving a 90-day suspension from the sport.