Afari Military Hospital to be completed by December – Contractors 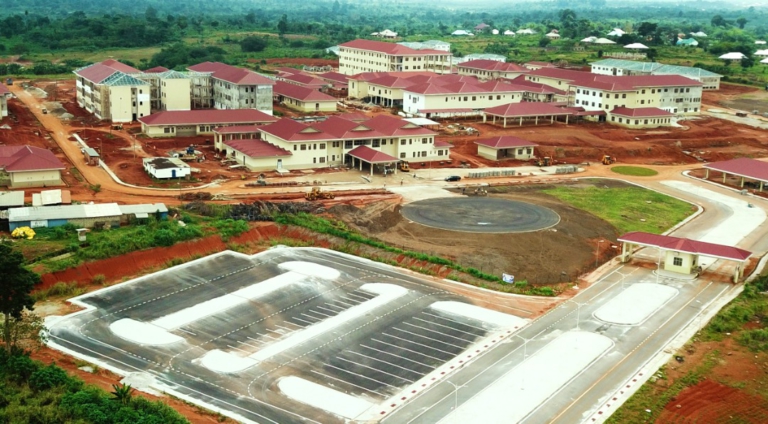 The Afari Military Hospital in the Atwima-Nwabiagya District of the Ashanti Region will be ready for inauguration by December 2022.

All physical infrastructure for the 500-bed hospital, including staff accommodation facilities and medical blocks, has been completed, while the installation of equipment has advanced.

Contractors for the project disclosed this when Chairman of Euroget De-Invest, Dr Said Deraz, paid a working visit to the site to assess the work progress.

According to them, a complete training programme had also been put in place to bring staff up to speed on the operations of modern equipment to be used, for full-scale operation after the official inauguration.

After touring the facility, Dr Deraz, expressed satisfaction with the construction team’s pace and the quality of delivery.

He was accompanied by the Country Director of Euroget, Mr Abraham Dwuma Odoom, and the project officer, Tiyuniba Imoro Mahama, and was conducted round by the Resident Engineer, Abou Shamaa, and the Administrator of the hospital, Captain Agyenim Boateng, who stood in for the Commander of the hospital, Brig. Gen. P. K. Ayibor.

Mr Shamaa was optimistic the Afari Military Hospital will be one of the country’s foremost healthcare facilities.

The project is one of the nine awarded by government to Euroget, an Egyptian investment company, for construction in Ghana.

The Afari Military Hospital will become Ghana’s second military hospital, after the 37 Military Hospital in Accra. It will complement the Komfo Anokye Teaching Hospital as the chief referral facility in the Ashanti Region and the rest of the middle sector.

The facility has 17 specialist clinics, pharmacy units, theatres, laboratories, kitchen, and laundry, morgue, among others.

It also has medical waste sewerage, and water treatment plants, a 54-flat staff accommodation, a gas-generating system, a parking lot for more than 700 cars and a helipad.

It has a six-kilometre internal road network and 40-acre landscaping on the 260,000-metre square project area.

DISCLAIMER: The Views, Comments, Opinions, Contributions and Statements made by Readers and Contributors on this platform do not necessarily represent the views or policy of Multimedia Group Limited.
Tags:
Afari Military Hospital
Atwima-Nwabiagya District
Euroget De-Invest