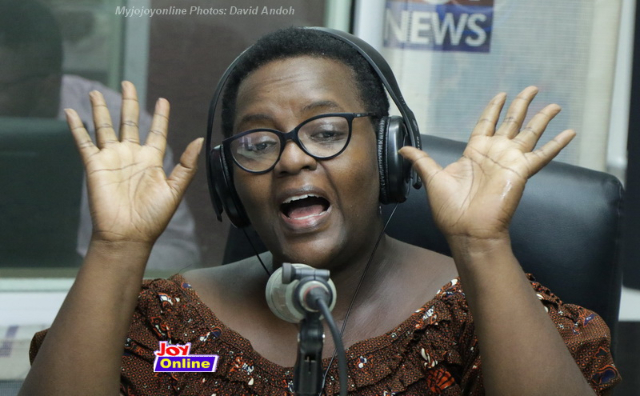 Activist, Kinna Likimani, is not convinced the Black Stars has prepared well enough to win gold in Egypt in the ongoing 2019 African Cup of Nations.

Ghana last won the African Cup of Nations 37years ago. Kinna is not confident Ghana can end the trophy drought in this tournament.

According to her, it takes more than nationalist sentiments to win such a competitive tournament.

“I do not understand why we do the same things and expect different results. Why do you think Ghana is going to win? I have not seen anything. Performance is not just muscle moving,” she said on Joy FM’s Super Morning Tuesday morning.

“What have we done to ensure that they get the work done?  We have not treated ourselves as if we deserve it,” Likimani added.

Planning is required if the Ghana team is to do well in the future, she said.

This, she argued, is lacking in the present management of the Black Stars team.

The senior national team has been grappling with management issues since Anas Aremeyaw Anas’ investigative work which unmasked corruption in Ghana’s football.

The team is currently being managed by a three-man normalization committee put in place by FIFA. This was after the Ghana Football Association was dissolved and its president banned from football-related activities.

The ad-hoc committee is to temporarily manage the team until there can be a properly constituted Ghana football association.

The team suffered a captaincy dispute prior to the call-up which saw the former captain, Asamoah Gyan, announcing he was retiring from the national team. It took the intervention of the president, Nana Addo Dankwa Akufo-Addo for him to rescind his decision.

That is not the only management issue the is team is struggling with.

The team itself is composed of players assembled anytime there is a tournament to be played.

Kinna Likimani believes all that is wrong.

A team capable of winning international laurels, as it was 37years ago, must have a long term plan.

She pointed out that there used to be a period in Ghana’s educational history where “Sports and the Arts were tools used to develop young people.”

Kinna Likimani wants players to be recruited from the schools and nurtured to play, not just football, but other sporting disciplines as well.

That principle, she argued, saw Ghana win many laurels in intentional sporting competitions, including boxing in the past.

Likimani is also calling for effective sports administration which is properly funded to develop skills equal to what is needed on the world stage.

Ghana is scheduled to play it first match today with the Benin Republic.

The match is scheduled to kick off at 8 pm at the Ismailia Stadium in Egypt. Tunisian referee Youssef Essrayri will be in charge.

The captain of the team, Andre Ayew, is confident Ghana will dominate the Squirrels of Benin Tuesday in Egypt and go on to bring home this year’s Afcon trophy.

"I'm very confident because we are coming into the tournament with good preparations. I have confidence in my team and that doesn't mean we are underrating any team. We will work hard and get results to match after match," he said Monday at a pre-match conference at the Ismailia Stadium.