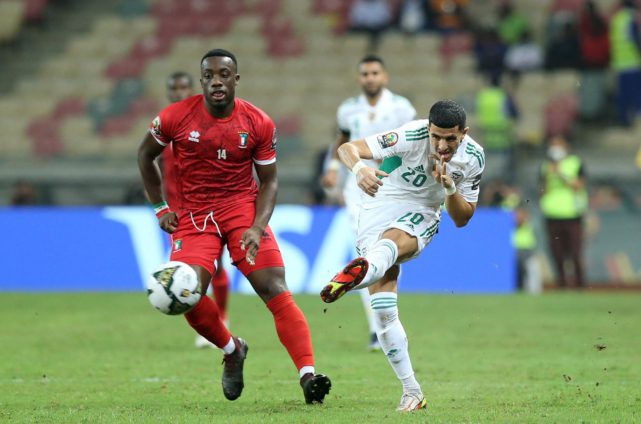 After complaints of a lack of goals in the first round of matches in the ongoing Africa Cup of Nations in Cameroon, the second round of matches has been by far an improvement on the initial round.

Day eight of the competition had it all from drama to shocks to goals and heartbreaks as Algeria and Ivory Coast all failed to win in Group E.

The started with a Group F encounter between Mali and Gambia.

The contest saw two penalty goals as Gambia left it late to get at least a point from the game with Musa Barrow the equaliser in the 90th minute after Ibrahima Kone had opened the scoring.

The match involving Tunisia and Mauritania saw the north African side score four unanswered goals against their opponents.

Wahbi Khazri scored twice in the game while veteran Youssef Msakni missed from the spot late in the game.

Goalkeeper, Badra Ali Sangare may have caused his team vital points in Sunday’s game as Sierra Leone twice came from behind to secure a 2-2 draw against Ivory Coast at the Japoma Stadium.

Sebastian Haller and Nicolas Pepe were on the scoresheet for the Elephants while Musa Noah Kamara and substitute Alhaji Kamara levelled things for the Leone Stars.

Algeria and Equatorial Guinea were involved in the last fixture of the day as the defending champions succumbed to an Esteban Orozon strike in the 70th minute.

The Desert Foxes had just three on their 13 shots on target but could not convert their chances with Equatorial Guinea putting up a good show against Djamel Belmadi’s men.

The result leaves Algeria on the brink of elimination unless they can come up with a win against Ivory Coast in their last group game.