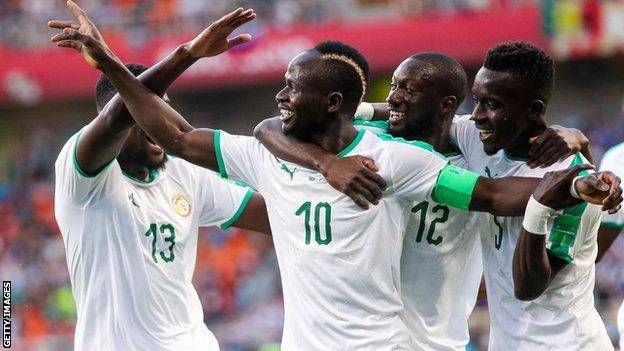 The 2021 Africa Cup of Nations is set to commence in Cameroon on January 9 after suffering a delay and being postponed due to the coronavirus pandemic.

With five days away from the start of the tournament, Joy Sports takes a look at Group B, where Senegal, Guinea, Malawi and Zimbabwe will all be vying for spots in the knockout stages.

Senegal after making a final appearance in the last edition have been tagged as one of the favourites to win this year’s tournament in the Central African country.

The Teranga Lions were beaten twice during the 2019 edition of the AFCON, both coming against Algeria (in the group stage and in the final). But they have an opportunity to try their luck again in Cameroon.

Senegal are hoping Watford forward, Ismaila Sarr will be given the green light to join his colleagues in Cameroon in the latter part of the competition as he continues to recover from a knee injury.

Sadio Mane and Edouard Mendy will be key to Senegal making the necessary development.

Senegal will begin their campaign on Monday against Zimbabwe before facing Guinea and Malawi.

Guinea’s journey in the 32nd AFCON ended in the one-eight stage, where they were beaten 3-0 by eventual winners Algeria. Their best performance at the continental showpiece came in 1976, where they finished as runners up.

Guinea have made 13 appearances at the African Cup of nations since their debut. Liverpool’s Naby Keita is expected to lead the team on the field when they begin their campaign on Monday.

Head coach, Kaba Diawara, has named his 28-man squad for the competition and is hoping they can go further than their last appearance in the competition.

The Syli Nationals will face Malawi in their opening game, followed by games against Senegal and Zimbabwe respectively.

Zimbabwe only managed one point in their last AFCON appearance, scoring just one goal and conceding six in just three games.

The 2021 AFCON will be Zimbabwe’s fifth appearance at the continental showpiece and their best-ever performance has been making it to the group stage of the competition.

The Warriors have failed to progress past the group stages in all of their previous appearances. But Knowledge Musona, captain of the side is hoping he can change that narrative in Cameroon.

Injuries to Marvelous Nakamba (Aston Villa), Brendan Galloway (Plymouth) and Marshall Munetsi (Reims) means they will not be involved in the tournament while Khama Billiat has also decided to retire from international football.

Zimbabwe’s first game will be against Senegal. They will then face Malawi and Guinea in subsequent games.

Malawi are making a return to the Nations Cup for the first time since 2010. The Flames missed the last five editions but are now back looking to mark their return with improved performance.

They have only been at two AFCONs in their history and the tournament in Cameroon will be their third.

In the first two, they failed to also advance past the group stage. Mario Marinica, who is the head coach of the side is hoping captain, John Banda and his teammates will bring smiles back on the faces of the citizens of Malawi.

Malawi will play Guinea, Zimbabwe and Senegal in their opening three games at the showpiece.