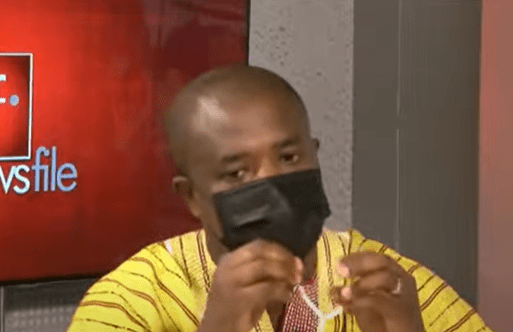 A member of John Mahama’s legal team in the 2020 election petition hearing has described as disappointing the attempt made by Deputy Majority leader Alexander Afenyo-Markin, to blame sand winning activities for the recent waves that hit Keta and displaced many.

Mr Edudzi Tamekloe says the use of false images to corroborate a mischievous narration by the Majority indicates the lack of thoroughness on the part of the NPP MPs.

“I am completely disappointed with the attempt by my learned senior Afenyo-Markin and the team that he led yesterday in trying to reduce the conversation to the issue of sand winning. If anybody has an appreciation of that area, you would come to the conclusion that you cannot at this point be blaming sand winning for what has been happening in the community.”

While addressing the press on Friday, Mr Afenyo Markin displayed a photo of some heavy-duty trucks purportedly loading sand from the shores of Keta – images confirmed to have been shot in Sierra Leone and not the former.

This was to back his assertions that, the tidal waves that have ravaged communities such as Abutiakope, Kedzikope, and Keta Central in the Volta Region are due to sand winning.

“This is where I am appealing to stakeholders in that region to work together with those involved in sand winning because the research is clearly pointing to the fact that these activities are making the people more vulnerable and it will cost the nation more money in terms of recovering, settling disputes,” the Deputy Majority leader said.

But speaking on Newsfile on Saturday, Mr Tamekloe suggests that the misinformation was a deliberate attack targeted at the displaced residents of Keta.

“So to attempt to narrow the conversation to sand winning and also to corroborate that with a fictitious picture, it demonstrates a certain lack of thoroughness that the Majority side wanted to cause a certain mischief obviously against the people,” he told host of the show, Samson Lardy Anyenini.

He explained that the narration meant to throw dust into the eyes of concerned Ghanaians would not have occurred if the majority side of Parliament had visited the site and gathered information on the matter. Thus, advised the President and the Majority to carry out such a task as part of their commitment to end the suffering of the people of Keta.

“What I find a bit more curious in all of this is if the leadership, the current leadership of this country have had the benefit of going to the area to assess matters for itself, we will not come to a point where we will need a fictitious picture in order to tell a story that is not true.

“The President within 30 minutes or an hour could be in Keta together with the leadership of the majority to assess first-hand what has happened and get a detailed briefing from experts so that you do not embarrass yourself before national TV by demonstrating with fictitious pictures.”

Meanwhile, to bring calmness, Mr Tamekloe has urged the leadership of the Majority to render an unqualified apology to the Keta residents since “what they did was wrong.”

Information gathered by JoyNews reveals that over 4000 residents in the Ketu Municipality have been displaced and several others left in despair after the unfortunate incident that occurred on Sunday, November 7.

According to sources, former President John Mahama will pay a courtesy visit to the authorities in the affected areas today as well as donate some relief items.