Afia Schwarzenegger apologises to Chief of Staff over 50k saga 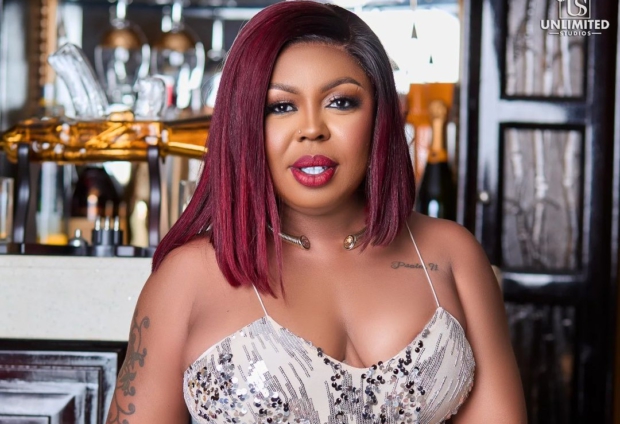 Radio and TV personality, Afia Schwarzenegger, has apologised to the Chief of Staff for claiming she had given her GH₵50,000 for her father’s funeral.

Speaking on UTV’s United Showbiz, Afia said she did not expect her comments to attract insults for the Chief of Staff, Akosua Frema Osei-Opare.

Afia Schwarzenegger over the weekend explained that her comments were meant to be “sarcastic” and “silly” especially since Mrs Frema Opare failed to show up at her father’s funeral or communicate to her absence.

Her comment comes after an affiliate group of the ruling New Patriotic Party (NPP), ‘Alliance for Footsoldiers Advocacy (AFFA), criticised the Chief of Staff, Akosua Frema Osei-Opare, over the supposed cash donation to the Ghanaian comedienne born Valentina Nana Agyeiwaa.

In a statement by AFFA on March 15, they noted that Afia Schwarzenegger has contributed nothing to NPP’s success and thus does not deserve the kind gesture which was extended to her.

Following the statement, the TV personality backtracked on her earlier comment that the Chief of Staff gave her ¢50,000 for her father’s funeral.

According to her, Akosua Frema Opare neither showed up for the funeral nor donate any money.

Opening up on why she made a video to thank the Chief of Staff despite her absence, Afia Schwarzenegger stated that in her culture, when one informs an elder of a funeral, they thank them whether or not they show up.

She stated that about 30 people who were in her room with her knew of her intentions; adding that after making the video, she initially sent it to the Personal Assistant of Madam Frema Opare.

But when she received no response, she posted it.

According to her, after an hour, the PA called stating that the footsoldiers were angry, however, wanted her not to say anything.

Afia said she was told “it will die off.”

“That Sunday, I was ready to retract it immediately because that (attracting insults for Chief of Staff) was not the idea,” she said. She continued that for the next two days, she was told not to respond to the issue.

However, on Wednesday, they released a rejoinder denying the claims, Afia Schwarzenegger made.

She stated that she did not understand why the Chief of Staff’s team would tell her to ignore the comments only for them to release a statement.

“Rejoinder for what? I told you from day one that I was being sarcastic,” she added.