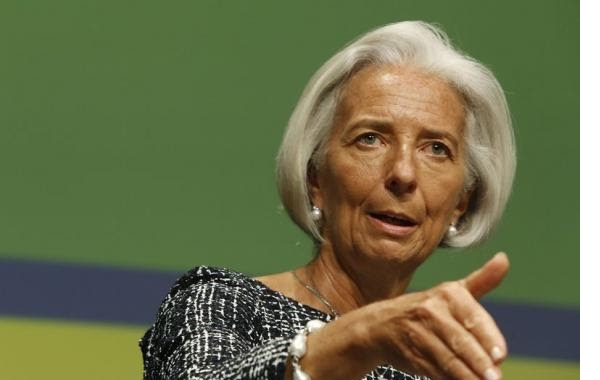 Africa is "taking off" with strong, steady growth but poverty is unacceptably high so that governments need to build infrastructure and institutions and educate people to share the benefits more widely, the IMF's head said on Thursday.

Sub-Saharan Africa is expected to grow by around 5.5 percent this year – well above the global average – with some of its poorest countries expanding by closer to 7 percent, Christine Lagarde, International Monetary Fund (IMF) managing director, told an IMF conference in the Mozambican capital Maputo.

But the IMF chief said although the region had become a growing investment destination for both advanced and emerging economies, with a record $80 billion of inflows expected this year, the economic benefits of the growth surge had yet to be widely distributed across the region's population.

Despite forecasts of continuing strong expansion for the region, its positive outlook has been darkened this year with flare-ups of conflict, insurgency and violence. This has ranged from civil war in the world's newest state, South Sudan, an insurgency waged by radical Islamist Boko Haram group in Africa's largest economy Nigeria and attacks by Islamist militants hurting tourism and business in Kenya.

As African countries tap new sources of funds through natural resource discoveries and international dollar bonds, questions have also arisen about how governments are managing this money in fast-growing economies like Ghana and Zambia.

Lagarde said that with the international recovery still looking weak and uneven, Africa's positive outlook also faced risks from slower growth in the world's advanced economies and in emerging markets, which are the region's main trade partners.

She cited as an example the fact that over the past three decades, per capita output of electricity in Sub-Saharan Africa remained virtually flat. Only 16 percent of all roads were paved, compared with 58 percent in South Asia. The investment needs to address this in the region were estimated at about $93 billion annually, she said.

This would ensure that revenues and benefits from the continent's mineral riches – Africa has more than 30 percent of the world's mineral reserves – could be better captured for national budgets and generating more jobs.

Lagarde said Africa needed to "build people" to reap the dividends of its rapid population growth. She cited estimates that a one percentage point increase in the working age population could boost GDP growth by half a percentage point.

"For this to happen, however, 'good' jobs need to be created in the private sector. Today, only one in five people in Africa finds work in the formal sector," Lagarde said. "This must change. With wider access to quality education, healthcare and infrastructure services, it can change."

Technology could extend access to financial services to millions, and this was already happening in several countries, such as Kenya.