Bamako Encounters, one of Africa’s most prestigious photography festivals, has been celebrating its 25th anniversary.

Held in Mali’s capital, Bamako, the biennial event brought together the work of 85 photographers from the continent and diaspora.

Ijeoma Ndukwe has been taking a look at some of the images that were on shown. 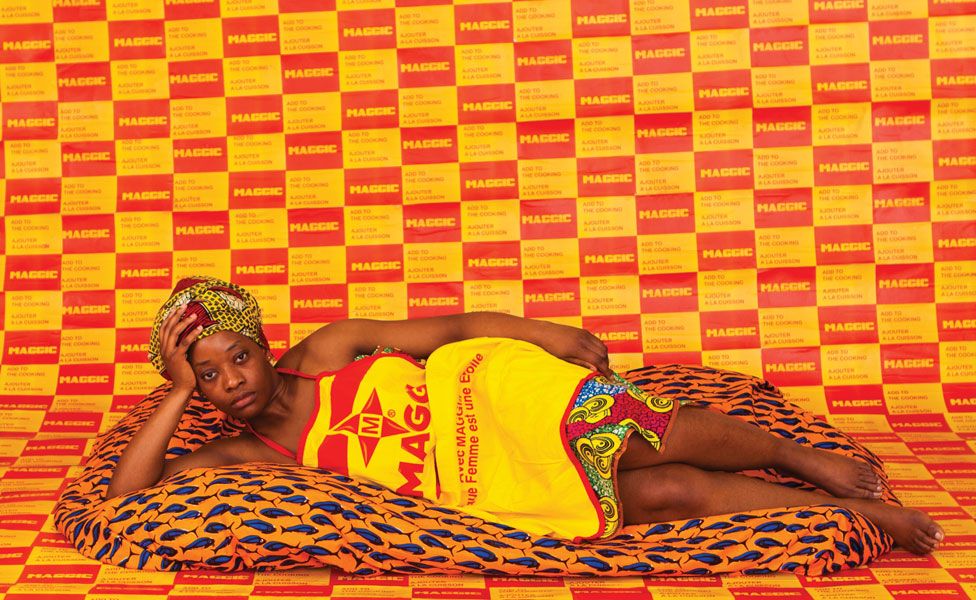 “It’s natural that the person who provides you with food will also dictate their will to you. Look at your plate, when you eat imported rice, corn or millet. That’s what imperialism is.”

It is these words from a speech by former Burkina Faso President Thomas Sankara which inspired Adji Dieye to place a spotlight on the Maggi stock cube.

The seasoning originates from Switzerland but is used in much of West African cooking.

Referencing traditional portrait photography, Dieye’s subjects are clothed in the branding of the stock cubes to blur the difference between merchandise and consumer. 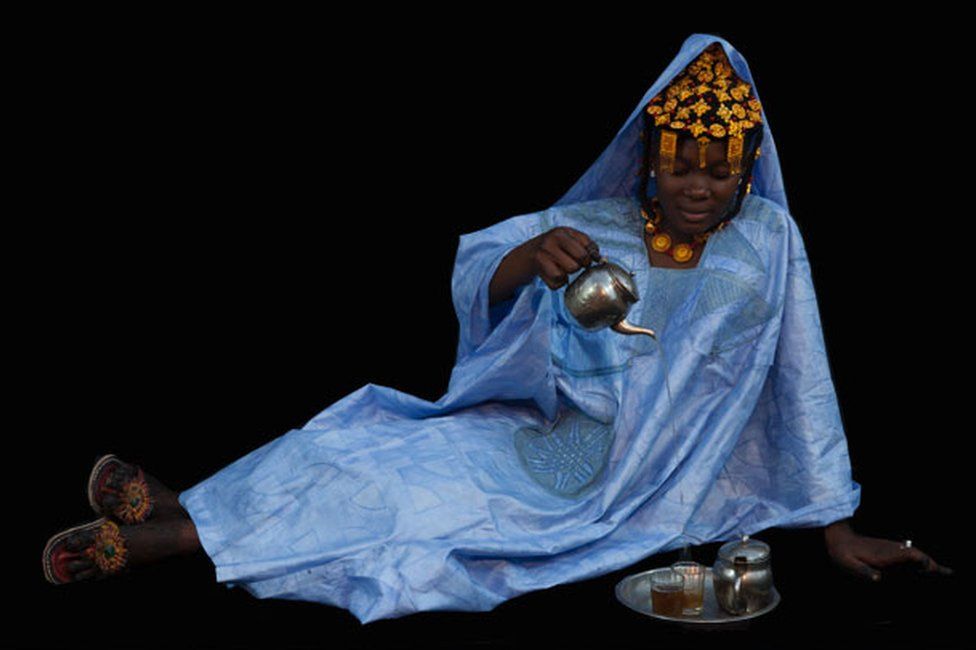 The elegantly dressed Malian Songhai woman is a newlywed who is performing her marital duties by serving tea for her husband and guests, Malian photographer Oumou Diarra says.

Through her work, Diarra discusses the expectations of married women in Malian society. 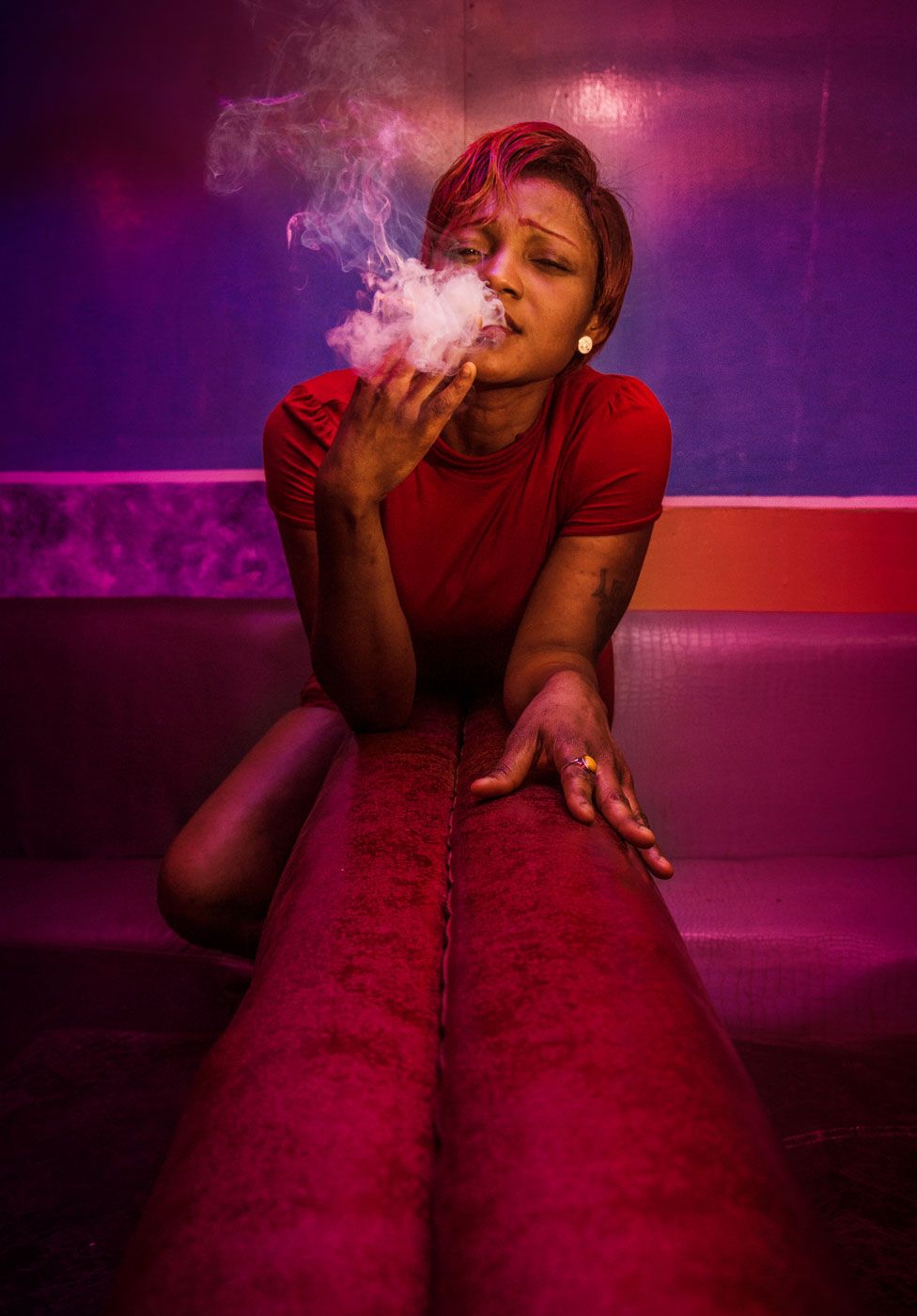 Self-taught Cameroonian photographer Antoine Ngolké Doo grew up in the Mini-Ferme neighbourhood in Yaoundé, where he passed the red light district every day.

In his images he wanted to present an intimate look at the working lives of the women he encountered, and spent six months documenting his subjects at night.

Doo says he wanted to show “another reality” of the women who have to sell their bodies to survive. 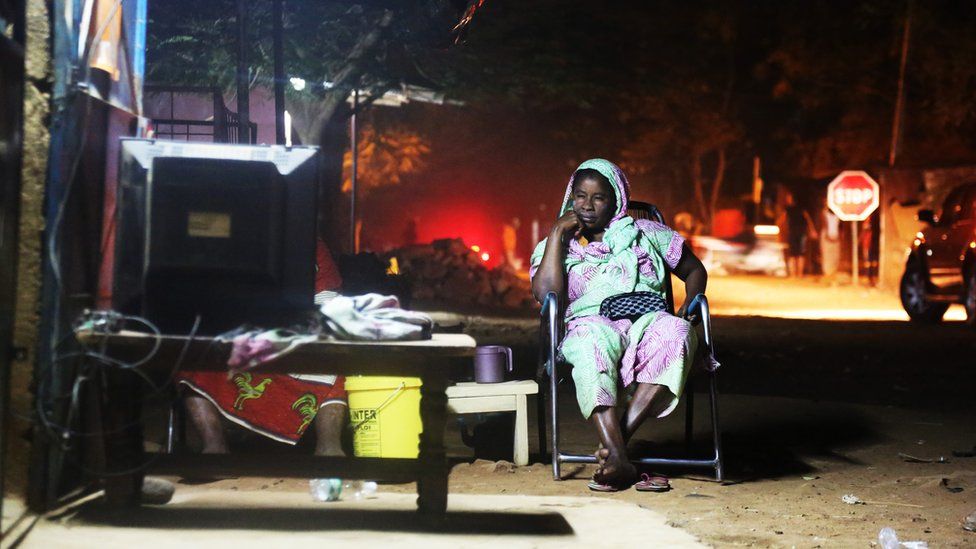 “This image expresses a form of freedom for the woman,” says photographer Fatoumata Diabate.

The image is a part of a series exploring the role of television, which although helps to inform, has also become addictive for many.

It is part of a wider series where many of Diabate’s subjects are working women, who use television as a form of respite. 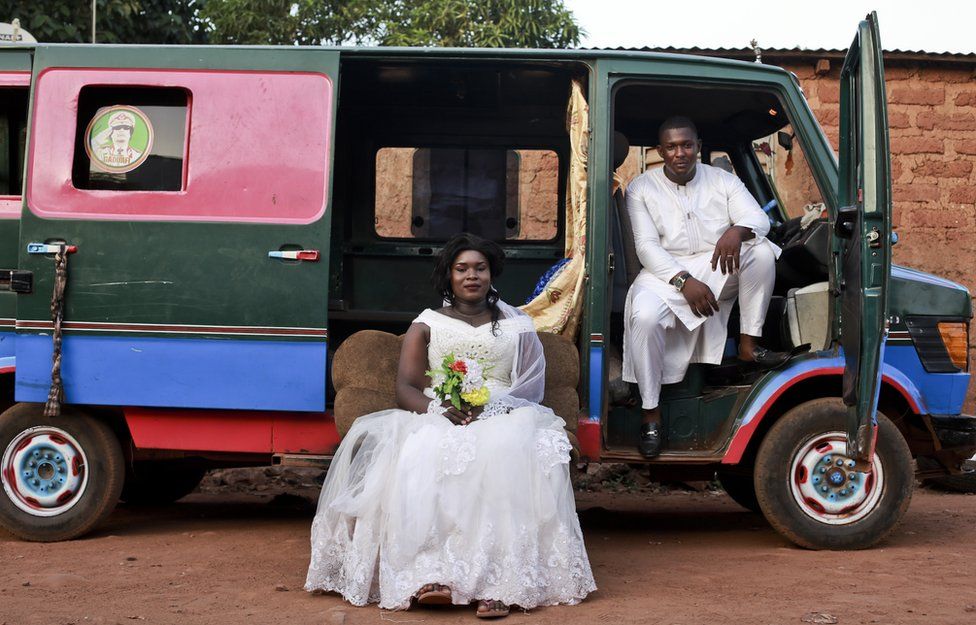 Fatoumata Diabate: To Each His Sunday (2019)

In this picture of a joyful newlywed couple in front of a minivan Diabate wants to convey “the joy before the beginning of an adventure”. 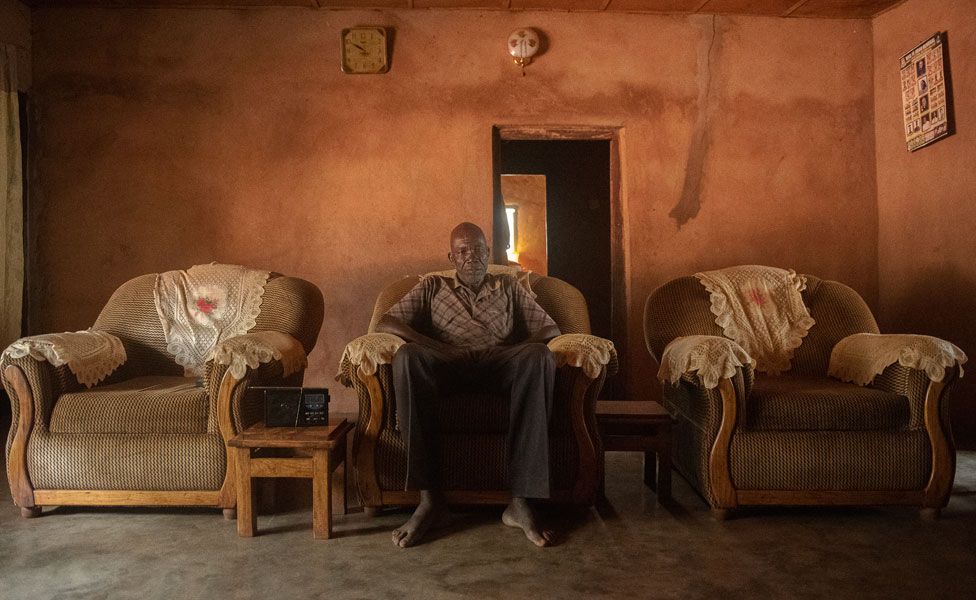 This is an image from Omoregie Osakpolor’s ongoing multimedia documentary project that tells the story of the neglect of Nigeria’s senior citizens.

It looks at the negative impact of corruption by depicting how the embezzlement of state funds has left retirees short-changed.

The images were shot during the evening and in low light to symbolise old age and the pensioners in the twilight of their lives.

Osakpolor seeks to use photography as a vehicle to promote societal change. 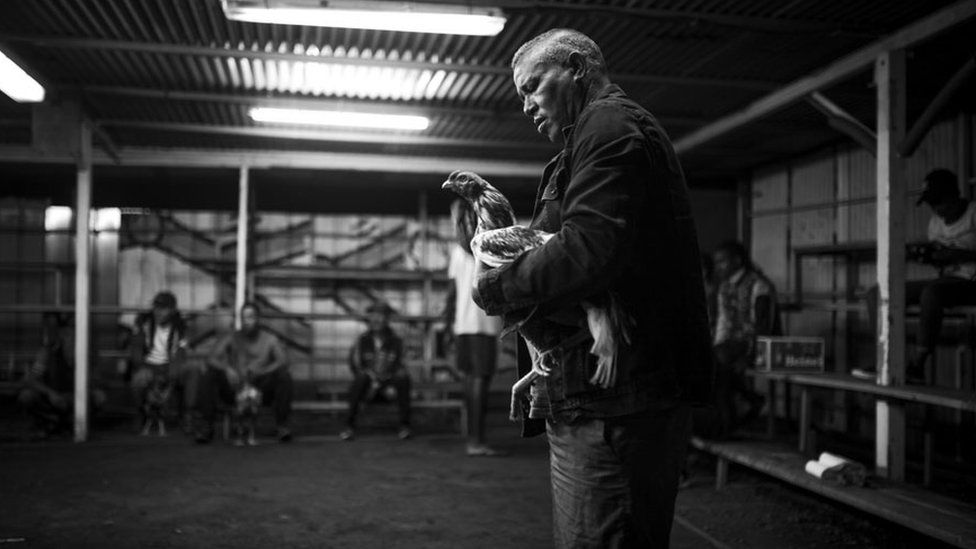 South African photographer Andrew Tshabangu captures the moment before a cockfight starts in the neighbourhood of Saint Denis on Reunion Island, which is part of France.

Although a law prohibits cockfighting in most of France, Reunion has maintained the sport, where it is considered a part of the local heritage.

During his residency on the island, Soweto-born Tshabangu produced a series of photographs exploring different neighbourhoods. 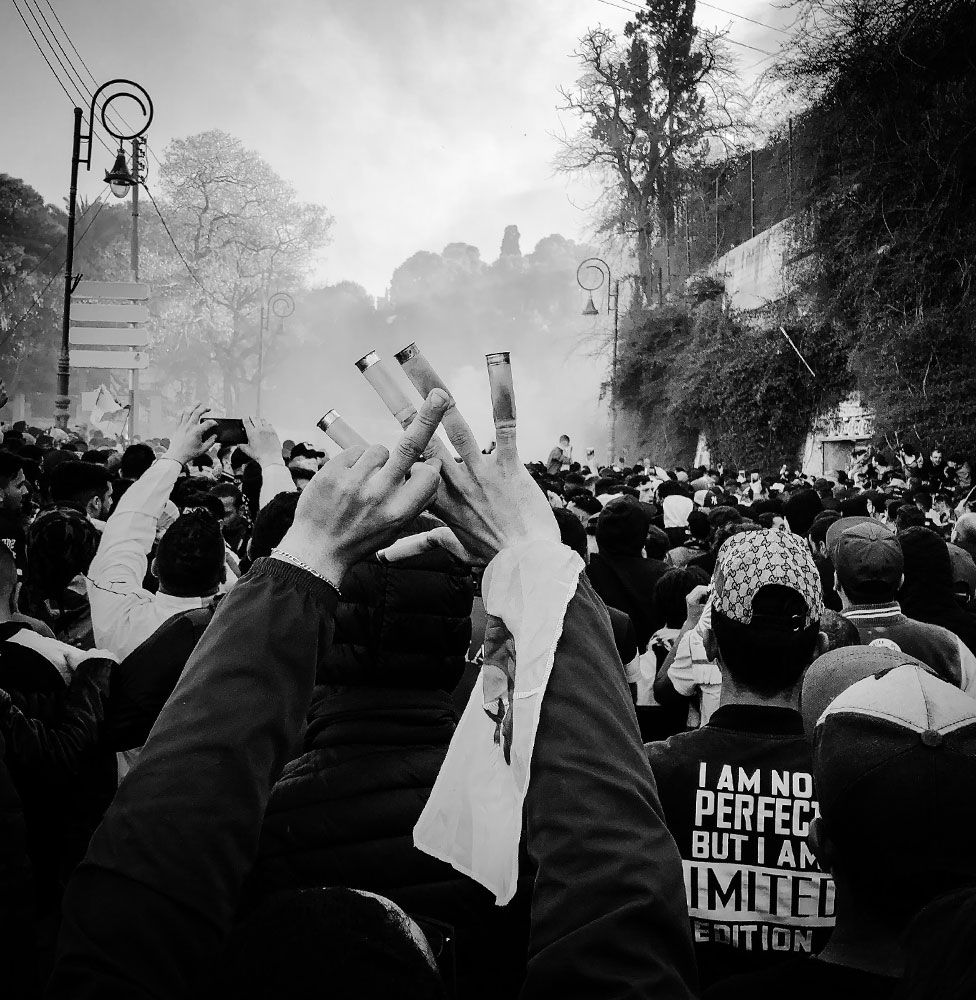 A protester in Algeria’s capital sticks five empty tear gas cartridges onto his fingers in reference to the fifth term the country’s former President Abdelaziz Bouteflika was seeking before he was forced to step down.

Fethi Sahraoui is a member of Collective 220, a group of photographers who explore contemporary Algerian society and the relationships between individuals and their surroundings. 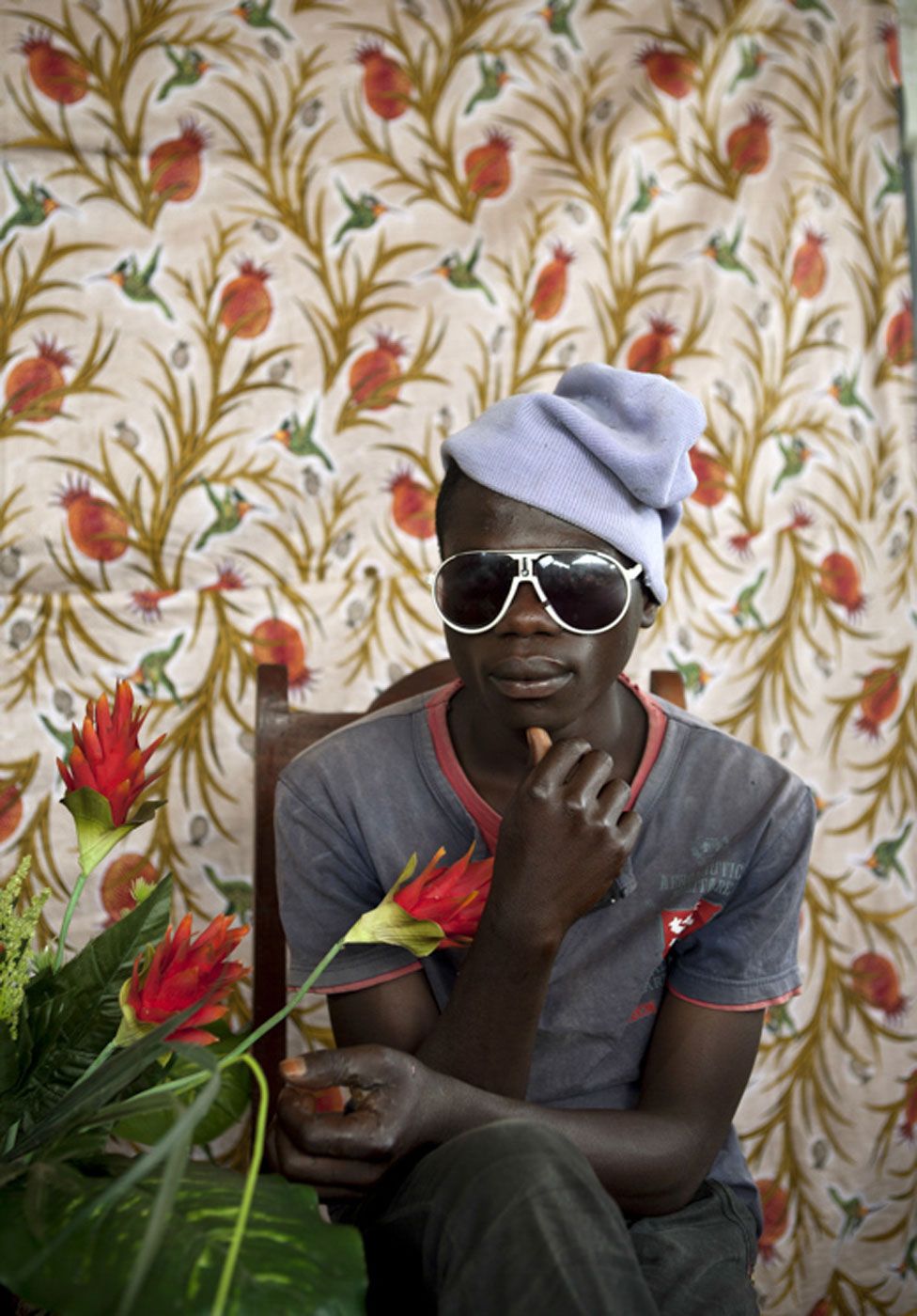 This portrait of 19-year-old Bariki Bahati was taken at a camp for internally displaced people outside of Goma in the Democratic Republic of Congo.

Alexia Webster sets up outdoor photo studios on street corners and in other public spaces, where she invites individuals to sit for a picture.

In her images, Webster looks at notions of belonging within the constructed environment that she has created. 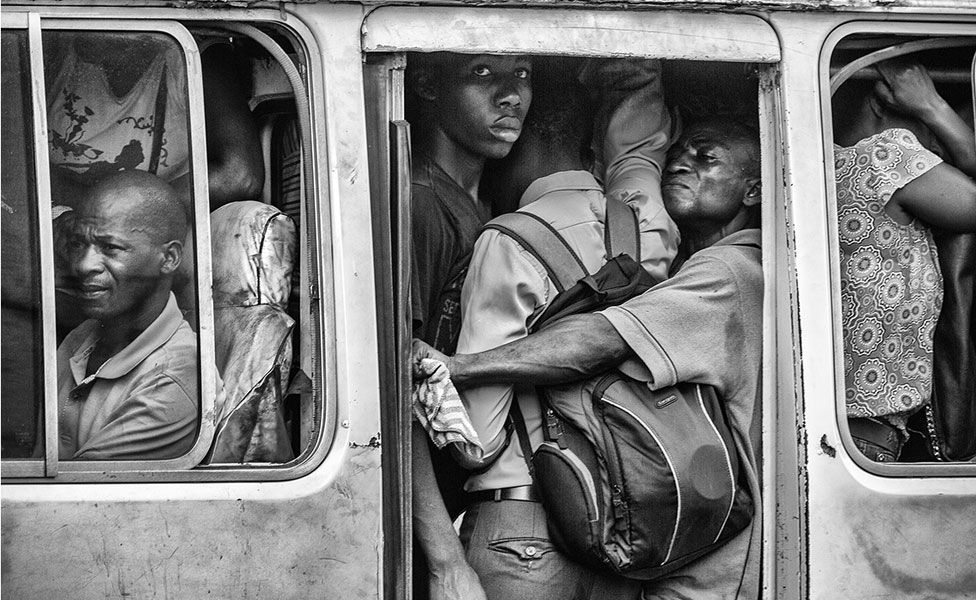 Mauro Vombe casts his eye at the inhuman conditions of informal public transport in the Mozambican capital, Maputo.

The powerlessness of the passengers is expressed through their uncomfortable, cramped and disembodied figures and passive faces.

Vombe’s work examines the way the poor are often rendered powerless and stripped of their humanity.