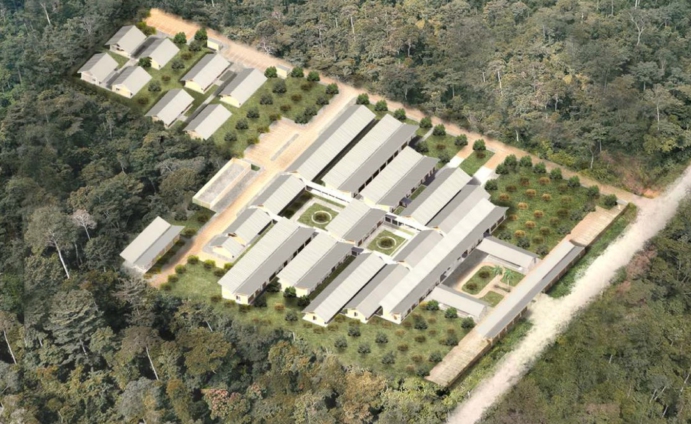 The Finance Minister, Ken Ofori-Atta, has revealed that about 87 hospitals under the government’s Agenda 111 initiative are under construction.

According to him, about 87 out of the intended 111 are at various stages of completion with contractors at the majority of the sites.

Presenting the Mid-Year budget review on Monday, he said that “we are well on course to bridge the health inequality gap and strengthen the health system nationwide. I am pleased to report that work has commenced and are at various stages of construction in 87 out of the 111 sites earmarked for the Agenda 111 project.”

His comment comes barely a month after Minority Leader, Haruna Iddrisu, asked the government to make public the status of the hospitals after the minister had revealed that about ¢600 million had been allocated to the project.

In an interview on the Super Morning Show, on Thursday, June 23, he said it would be necessary for government to account for the various expenses being made about the projects to satisfy the curiosity of many Ghanaians.

“So beyond the headline, where are the hospitals, where are they situated, how much was dedicated to the beginning of the process. How much has so far been spent on that project? We want to know the status of implementation,” he said.

Meanwhile, the Finance Minister, said that some of the health infrastructures are expected to be completed by the end of 2022.

They include the construction of one district hospital and five Polyclinics in the Western Region namely Akontombra, Nsuaem, Elubo, Wassa Dunkwa, Bogoso and Mpohor,” he said.

Mr Ofori Atta added that “expansion and equipping of four selected facilities project in Aburi (Kom), Tetteh Quashie, Kibi and Atibie); and equipping of Upper East (Bolgatanga) Regional Hospital, Phase II” are all projects expected to be completed by the end of the year.

According to government, on completion, the venture will be “the biggest investment in healthcare infrastructure in the country since independence.”