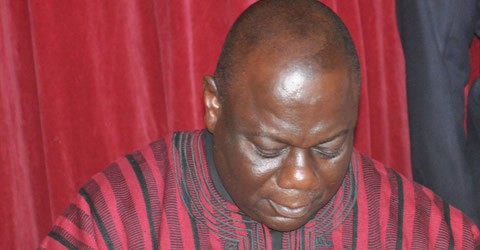 Although Mr Aguddey was jailed two weeks ago for failing to pay the Social Security and National Insurance Trust (SSNIT) contributions of workers of his company, Gocrest Security Company, he fell ill shortly after the sentence was pronounced.

He remained in hospital until Wednesday when officials of the Police Hospital discharged him.

Mr. Aggudey was arraigned before an Accra Circuit Court in February this year for non-payment of a total of GHc 2.6 million SSNIT contributions of his workers.

He was subsequently ordered to pay back all monies owed SSNIT.

The Corporate Affairs Manager at SSNIT, Eva Amegashie told Joy News, Mr Aggudey’s sentence should serve as a lesson for both employers and employees.

According to her, “This calls for all of us to make social security a key issue in this country. It’s a form of a clarion call to all workers, all employers, all workers unions and associations to be vigilant to ensure that their social security contributions are not compromised.”