AG’s report: Lack of supervision major cause of infractions by specified entities – Report 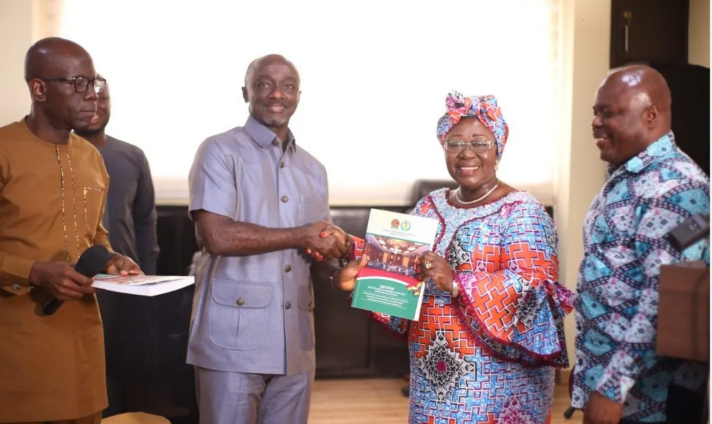 Lack of effective supervision, monitoring, and evaluation on the part of Chief Executive Officers and Heads of Finance of Specified Entities are among the major causes of infractions and irregularities flagged in the 2021 Auditor-General’s (A-G) Report.

A joint investigation conducted by the State Interest and Governance Authority (SIGA) and the A-G into the causes of the infractions identified procurement irregularities, misappropriation of funds, and non-implementation of previous audit findings as among the issues of concern.

President Akufo-Addo in October last year directed SIGA to investigate the circumstances under which some state agencies were cited for infractions in the 2021 Auditor-General’s report.

The Committee that probed the infractions, on Tuesday, January 24, 2023, presented its Report to the Chief of Staff, Mrs Akosua Frema Osei-Opare.

Mrs Osei-Opare on Tuesday afternoon held a private meeting with the CEOs of the various Specified Entities to discuss the issues captured in the Report.

He said the Team found that “a lot” of CEOs of the Specified Entities “do not pay attention” to the auditors when they visited their respective organisations to conduct their work.

He said the Team also identified procurement irregularities, adding that some of the entities did not follow due process in their procurements.

“We realised misappropriation and misapplication of funds in some instances and some of the defaulters have been recommended for the appropriate sanctions to be taken against them, Mr Boateng said.

He said the late release of subventions also compelled some entities that were operating on tight funds to take decisions that breached public financial management regulations.

The Committee recommended that persons who were appointed into higher positions in the public sector should undergo “compulsory” training on the Public Financial Management Act and the Public Procurement Act.

It also urged Board Chairpersons and Governing Boards of those entities to thoroughly implement the audit findings and correct the wrongs.

“When the AG releases its report, there should be a thorough implementation of the audit findings; a lot of the issues that were in the 2021 Audit Report were reports which were issued in as far back as 10 years ago,” Mr Boateng said.

Mrs Osei-Opare said that non-compliance with financial reports requirements was a major problem associated with the entities, adding that all State-Owned Enterprises (SOEs) were required to mainstream the recommendations in the Report in their activities.

She charged all SOEs to prioritise the timely preparation of their respective management and audited accounts and collaborate with SIGA and the A-G to urgently clear the backlog of unaudited accounts by the end of the year.

“I would like remind management of our Specified Entities that the payment of monitoring fees is mandatory as SIGA requires these funds to effectively carry out its mandate,” Mrs Osei-Opare said.

Mr John Godfred Addison, Deputy A-G in charge of Commercial Audit, said by 28th February, 2023, any State entity that had not submitted its management accounts or unaudited accounts to the A-G’s Office would have their names published in the dailies.

“That is the only way that would tell the A-G that we are ready for the Audit,” he said.

DISCLAIMER: The Views, Comments, Opinions, Contributions and Statements made by Readers and Contributors on this platform do not necessarily represent the views or policy of Multimedia Group Limited.
Tags:
Auditor-General's report
Covid-19
Supervision