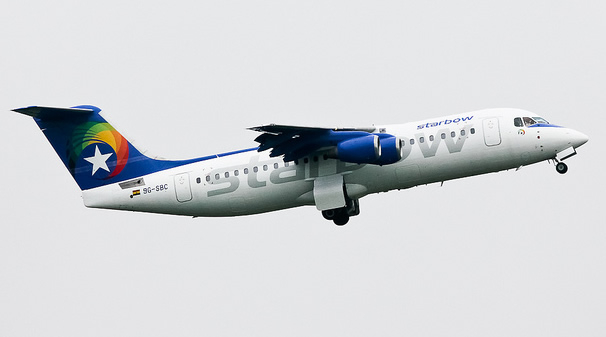 Air fares are expected to reduce next year, as a consequence of the Cape Town Convention ratification by Parliament early this month.

The Convention was part of eight other conventions and treaties tailor-made for the aviation sector that were ratified by Parliament.

By this, domestic airlines are now able to secure relatively inexpensive aircraft leases that will ultimately translate into reduced direct operating costs. This is expected to translate into cheaper fares for passengers.

It does so by reducing a creditor's risk and by enhancing legal predictability in these transactions, including in case of a debtor's insolvency or other default. The Cape Town Convention entered into force in 2006.

"Non-ratification of the Cape Town Convention made it difficult for the acquisition and finance of equipment, and made the cost of equipment for domestic airlines very high. With this law (Cape Town Convention) in place, they can acquire equipment's more easily," Theophilus Tetteh Chaie, Chairman of the Parliamentary Select Committee on Roads and Transport told the B&FT.

Passengers are expected to benefit from approval of the Cape Town Convention, with improved service and increased capacity on all four domestic routes — Kumasi, Takoradi, Tamale, and Sunyani.

There has been a public outcry over the increase in airfares between Accra and Kumasi, Sunyani, Tamale and Takoradi.

The increase, due largely to the depreciation of the local currency against major trading currencies, especially the dollar – and 17.5 percent Value Added Tax (VAT) imposed on the gross ticket prices this year, has led to a significant reduction in the volume of passengers choosing air travel as an option.

A one-way ticket from Accra to Kumasi that used to cost under È»250 one-way now costs about È»297 as a result of imposing 17.5 percent VAT on the gross fare – which already includes a mandatory È»5 cedi airport tax.

President John Mahama acknowledged the difficulty created by imposition of the a recent Ghana Airports Company Limited Annual General M saying: "We are willing to look at it again when all the facts are presented to government".

"The State Enterprise Commission would like I to the attention of the Pi sector ministry and importantly, the Mini Finance the high cost of flights is something that said over and over again.

"We need to reduce airfares, and to do that government needs to take out 17.5 percent VAT and remove taxes on aviation fuel. Taxes are meant to benefit the people, and removal will lead to domestic passenger travel and  create jobs- and employment for the benefit of the  very people that we are the taxes on," Dr. Baezie said.