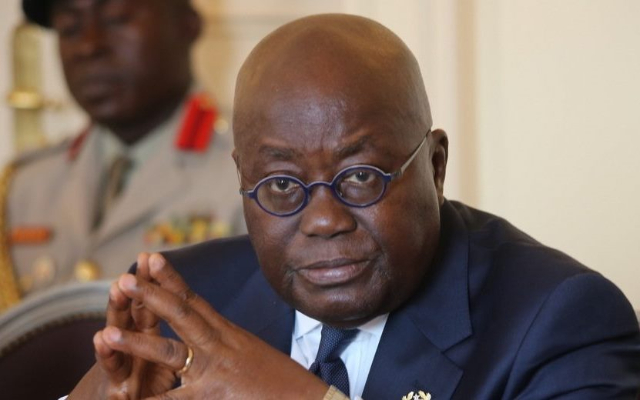 President Nana Addo Dankwa Akufo-Addo is very much aware that the size of his government is too big and he will soon take steps to slash the number, the founder of the Institute of Economic Affairs has said.

Dr Charles Mensa told Joy News’ Kojo Yankson that the President has realised the burden of having a big sized government but the timing of making the changes is important.

“How do you appoint more than 100 people [Ministers] with cars and other benefits that come with being a Minister on this meagre revenue we have. It’s not going to work. I believe he knows that,” Dr Mensa said.

Responding to why Mr Akufo-Addo would appoint up to 110 Ministers, Dr Mensa excused the President, saying that he [Mensa] believes “it was to please some of the old politicians…and I believe in his mind it is temporary.”

The former President of the Ghana Employers Association (GEA), however, advised that the cut in the number of ministers should come soon because “the longer it takes the more difficult it would be.”

“If you had 100 ministers and they all drawing salaries the deficit will rise,” he said, adding that the government can tax the people only up to a certain point. “Some ministers will have to go.”

Dr Mensa said the practice of employing many people in the ministry to run the business of government will not help Ghana to win the economic competition in the world. “We need to change that pattern,” he urged.

“We won’t achieve much in this country if that continues,” he said in the exclusive interview, which aired on the AM Show Thursday.

However, the last time President Akufo-Addo spoke on the huge size of his government, he was unrepentant it would go down.

When Joy News’ Kojo Yankson asked him at the “Meet the Press” earlier this year about whether 110 was still the “magic number”, Mr Akufo-Addo noted that all the ministers were delivering on their mandate.

Other government spokespersons have also argued that most of Akufo-Addo’s ministers are from Parliament and therefore do not draw salary as Ministers.

Related: 2017 under review: Akufo-Addo should know by now 'size 110 ministers' not working

But the opposition National Democratic Congress (NDC) and some analysts are not convinced. They argue that although MPs do not take double salaries when they take up Ministerial positions, they still take extra allowances for the extra duties.