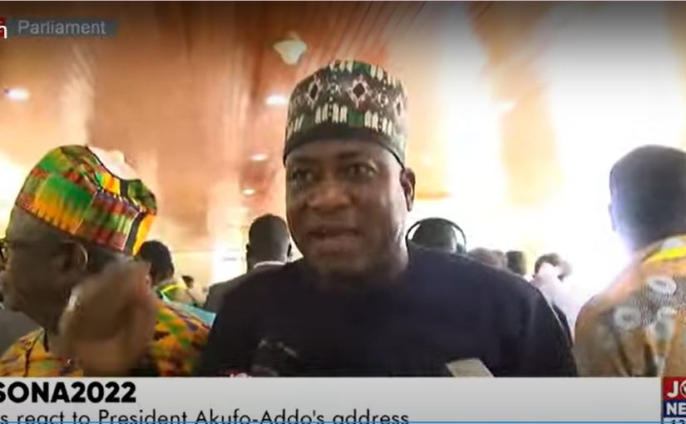 The Tamale Central Member of Parliament (MP), Ibrahim Murtala Mohammed has cast doubt on government’s fight against corruption in the country.

This, he said, is because President Akufo-Addo, during his State of Nation Address (SONA ) on Wednesday, mentioned the word, corruption only once.

According to Mr. Mohammed, the President did not elaborate on how he intends to combat the canker either.

He added that juxtaposing the 2022 SONA with that of 2017, “you would come to one conclusion, that Mr. Haruna Iddrisu was right that the President is running away from the word, corruption.”

Mr. Mohammed added that, “even the current Special Prosecutor himself lamented publicly over the ingredients that would aid him to execute his responsibility fairly, sincerely and honestly. Since that ingredient deliberately is not given to him, what is the guarantee that the President is ready to fight corruption?”

President Akufo-Addo in 2021 reiterated his commitment to fight corruption, saying it is the priority of his government to ensure that the country is rid of the vice.

In a meeting with the Ghana Anti-Corruption Coalition at the Jubilee House, Accra, he said his administration’s fight against corruption had not waned and that he remained unwavering in pursuing that course to meet the growing hopes and aspirations of Ghanaians for socio-economic transformation.

The President said his government had invested more resources in the state’s anti-corruption agencies than any other administration in the country’s history and would ensure that those investments did not come to nothing.

He said it was a matter of record that his administration, since 2017, had increased resource allocations to anti-corruption institutions such as Parliament, the Judiciary, Police, EOCO, and CHRAJ, among others.

“It is unfortunate that the perception is that the commitment of government is waning, especially when two or three facts are taken into account.

“I don’t think that any government has mobilised resources to give the opportunity for anti-corruption agencies of the state to function as efficiently as this government has done. It is a matter of record,” he said.

President Akufo-Addo noted that without such investments in anti-graft institutions, the vexed issue of fighting corruption would have been in vain.