Akufo-Addo should feel embarrassed about closure of radio stations – Mahama 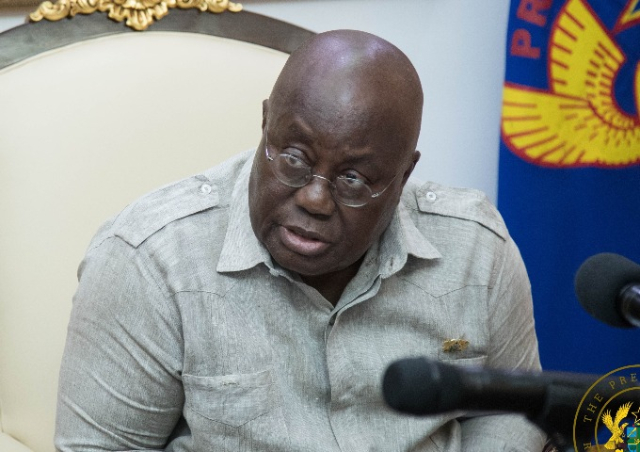 Former President John Mahama has said President Nana Akufo-Addo should be embarrassed about the closure of radio stations.

The 2020 Presidential candidate of the opposition National Democratic Congress (NDC) believes the decision to close down Radio XYZ and Radio Gold is politically motivated.

In a live Facebook session Thursday, Mr Mahama said, “as someone who touts himself as human rights advocate,” Akufo-Addo should feel embarrassed about the development.

According to him, the two radio stations are deemed to be anti-government and pro-opposition and the authorities are just hiding behind the law to shut them down.

The two stations were shut down by the National Communications Authority (NCA) in March 2019.

Officials of the NCA stormed the premises of the stations with armed security personnel while they were On-Air and ordered their immediate closure.

A statement issued the NCA said the Authority is shutting down radio stations operating without valid authorisations.

What explanation did the NCA give?

According to the Authority, after “the FM Spectrum Audit in 2017, some stations were found to be in default and were fined by the Authority.”

“However, some of the stations in default were not satisfied and proceeded to the various courts; Electronic Communications Tribunal (ECT) and the High Court to appeal against the NCA’s decision.”

It was based on the ruling from the ECT that the NCA moved to shut down the two stations which are owned by members of the biggest opposition party.

According to Mahama, the NCA was too hard in applying the law. The duty of regulation, he said, “is to create a situation where you can correct the infraction” of the institutions.

He added that it was expected of the NCA, therefore, to assist the stations to come into the ambit of the law instead of shutting them down.

Press Freedom on a nosedive

Meanwhile, several analysts have lamented the steep decline of press freedom since Nana Akufo-Addo took over the reins of power in 2017.

Already, more than 17 journalists have been attacked since 2017.

Reporters Without Borders or Reporters Sans Frontières (RSF) dropped Ghana to 27th place out of 180 countries on its annual World Press Freedom Index.

Ghana fell four places from its 2018 ranking of 23 on account of what the RSF described as “not enough protection for journalists” following the shooting of investigative journalist Ahmed Hussein-Suale.

The journalist with Tiger Eye PI was part of an investigation that led to the exposure of rot in the football circles of Ghana.