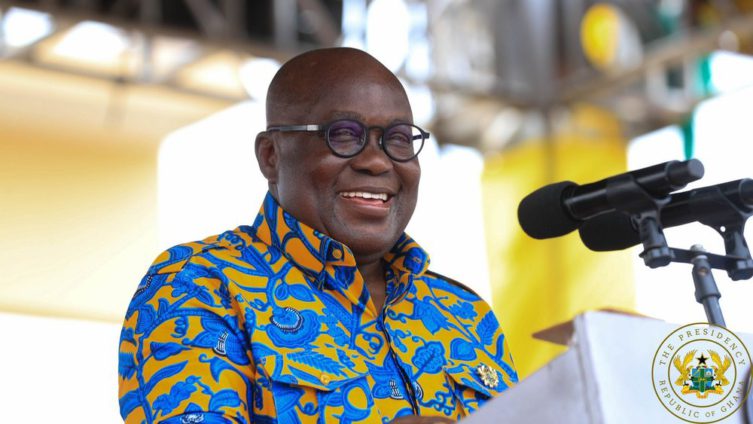 President Nana Akufo-Addo is expected to launch the National Alternative Employment and Livelihood Programme (NAELP) today in the Western region.

The programme forms part of measures being put in place to support small-scale miners and persons who have been affected by the ban on illegal mining in about five regions across the country.

President Akufo-Addo put his presidency on the line with a commitment to bring an end to the proliferation and scourge of illegal small-scale mining before his term in office expires.

He hinted at adopting a heavy-handed approach towards illegal mining to stem the environmental problems and challenges associated with the practice.

An Inter-ministerial Committee on Illegal Mining (IMCIM) was established by the New Patriotic Party (NPP) government to clamp down on ‘galamsey’, causing havoc to the country’s water resources and lands.

“However, the operation has affected the livelihood of over one million people in mining communities across five regions of Ghana, namely Ashanti, Eastern, Central, Western North and Western regions.”

President Akufo-Addo will be launching the Programme to find alternative jobs for persons engaged in illegal mining, popularly called galamsey.

Illegal mining, for years, has received widespread public concern in Ghana, with the country fighting an ongoing battle with illegal miners operating in major forest reserves and rivers.

Although Ghana has had a formalised process for engaging in artisanal small-scale mining, more than 85 per cent of small scale miners operate on illegal basis in the country.

Efforts by successive governments to stop the ‘galamsey’ practice have been short-lived.

DISCLAIMER: The Views, Comments, Opinions, Contributions and Statements made by Readers and Contributors on this platform do not necessarily represent the views or policy of Multimedia Group Limited.
Tags:
National Alternative Employment and Livelihood Programme (NAELP)
Small-scale mining