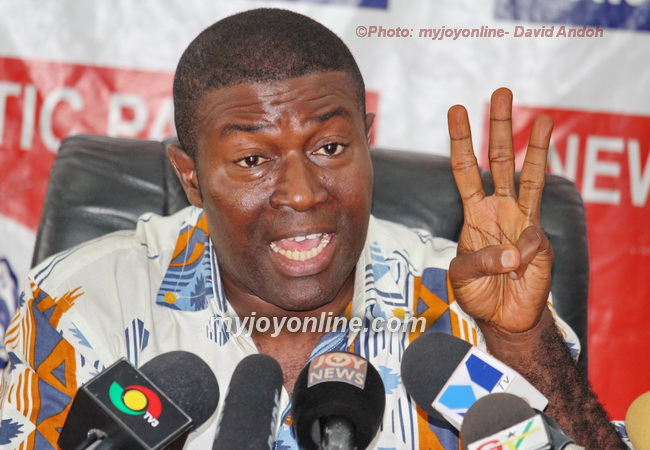 New Patriotic Party (NPP) Communications Director Nana Akomea says the promise by the party’s presidential candidate Akufo-Addo to build one factory in every district may turn out differently in reality.

Nana Akomea told Joy FM’s Super Morning Show Monday, two or three districts can be combined for one factory, if it is established that they share the same raw material.

With at least four months to the 2016 general elections, Nana Akufo-Addo on the campaign trail promised to build one factory in each of the 216 districts.

He vowed to make industrialization the cornerstone of his policy of economic transformation.

Government's commissioning of the Komenda sugar factory in the Central region has not escaped criticism for what some including the opposition believe to be a poorly thought-out business model.

It is therefore expected that Akufo-Addo's vision will be brought under scrutiny to determine its feasibility and whether or not it is merely a campaign promise.

Explaining Akufo-Addo's policy further, Nana Akomea said even if an NPP government is able to cover half of the 216 districts with factories, it would still be a massive step to transform the country's economy.

He explained that there is research to show the different natural resources of every district. The factories will be set up based on the resource allocation of each district.

But if several districts share the same resource “it will be better to have one factory in say two or three districts”.

Details of the economic plan including costing will come out soon, he said but stressed the one-district, one-factory goal is achievable.

“You need an ambitious plan to transform this country” Nana Akomea said.  The key for effective implementation is leadership and commitment which Nana Akufo-Addo is committed to, the Communication Director believes.

“Once you get that committed leader to act as the fulcrum, we will move forward”, he said.

An NPP government would draw out a clear strategy which will engage the private sector in rolling out more than 200 factories.