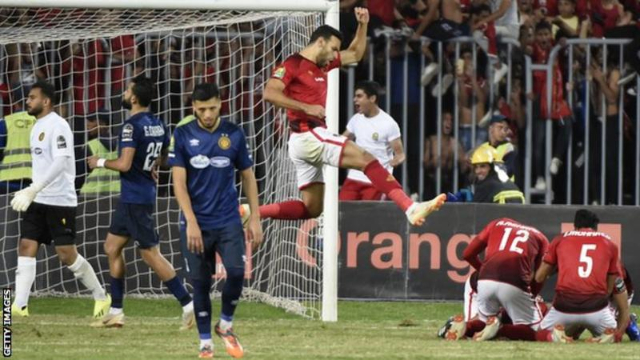 It was the first time VAR was used in a Champions League final and referee Mehdi Charef watched replays before awarding the spot kicks.

Amr Elsolia scored the other goal for the hosts while Youcef Belaili converted a penalty for Esperance.

The Egyptian club are aiming to win their ninth continental title.

Tunisian side Esperance have won the title twice but they lost 1-0 at home to Ahly in the group stages of the competition.

The second leg takes place at Stade Olympique in Rades on 9 November.

The overall winners will also earn a place at December's Club World Cup in the United Arab Emirates.