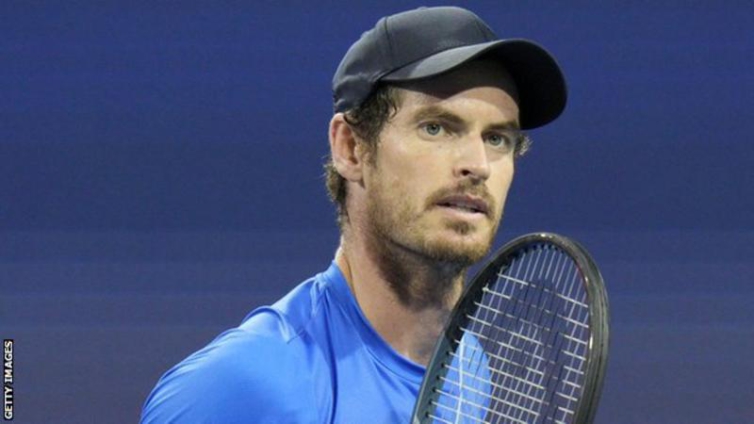 Murray has pledged to donate his prize-money earnings for the rest of the year to help children affected by Russia's invasion of Ukraine Credit: Getty Images

Andy Murray is “not supportive” of players from Russia and Belarus being banned from Wimbledon but says there is no “right answer” on the issue.

Players from the two countries cannot play at this year’s Grand Slam because of Russia’s invasion of Ukraine.

The All England Lawn Tennis Club (AELTC) has also banned Russian and Belarusian players from all other UK grass-court tournaments.

Belarusian players were included in the ban because the country has supported Russia’s military action in Ukraine.

In March, the UK government is understood to have asked national governing bodies to request written confirmation from Russian and Belarusian players of their neutrality if they wanted to compete in events in England.

The AELTC, which organises Wimbledon, consulted the government in April about whether to allow players to compete.

When the ban was announced on 20 April, it was supported by UK Sports Minister Nigel Huddleston and Culture Secretary Nadine Dorries, and criticised by Kremlin spokesperson Dmitry Peskov.

“I’m not supportive of players getting banned,” said Britain’s Murray, who will play Dominic Thiem in the first round of the Madrid Open on Monday.

“The guidance from the government was not helpful.

“My understanding of the guidance was that Russians and Belarusians can play if they sign a declaration that they’re against the war and against the Russian regime.

“I’m not sure how comfortable I would feel if something happened to one of the players or their families [as a result of signing the form].

“I feel for everyone, feel for the players that can’t play, and I don’t support one side or the other.”

However, some players, including Ukraine’s Elina Svitolina, have welcomed Wimbledon’s action, although the former semi-finalist said Russian and Belarusian players who speak out against the invasion should be allowed to compete.

“It’s not their fault what’s happening in this moment with the war.”

The governing bodies of men’s (ATP) and women’s professional tennis (WTA) are against the ban and are deciding how to react. One possibility is that they could remove ranking points from the Grand Slam tournament, which runs from 27 June to 10 July.

“The 2,000 points, whenever we go to the Grand Slams, they are really important and we have to go to those tournaments,” added Nadal, who is a member of the ATP player council. “So we will have to see the measures that we take.

“What happens in our game doesn’t have any importance when we can see so many people dying and suffering and seeing the bad situation they are having in Ukraine.”

Nadal is set to return to action at the Madrid Open this week, having been sidelined since 22 March with a rib injury.

“Talking about the injury, I’m recovered, I feel good,” said Nadal, who won the Australian Open earlier this year.

“Talking about my tennis game and preparations, well, it’s a completely different story.

“Anyone who has broken a rib knows how limiting it is, very painful, especially the first weeks. I wasn’t able to do anything without a lot of difficulties, even to fall asleep because of the pain.

“I have improved compared to when I came here but I still have ups and downs because it’s been a long time without being in these kind of situations and it’s going to be a difficult week, for sure.”

DISCLAIMER: The Views, Comments, Opinions, Contributions and Statements made by Readers and Contributors on this platform do not necessarily represent the views or policy of Multimedia Group Limited.
Tags:
Andy Murray
Russia