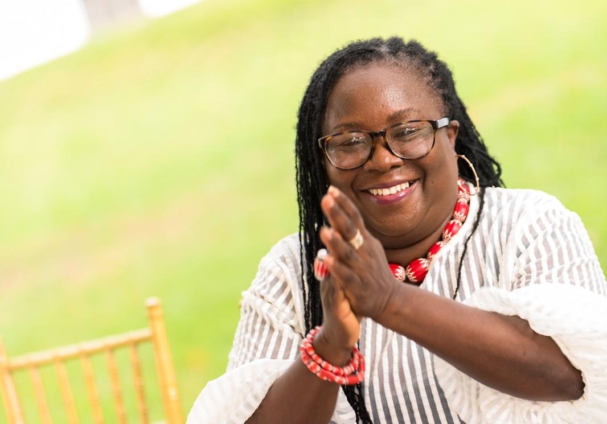 A bright star after my very heart, Prof. Audrey Gadzekpo, and I serve on the board of governors of Tema International School (TIS), where we met years back.

A most eloquent and objective thinker, she provides the forum to appreciate pertinent points of view truly. It’s truly an honour to be with her as she articulated issues for the benefit of the group. She’s dependable that way.

As a father of three daughters myself – and a feminist by default – I’ve often been on the lookout for exceptional women of her intellectual calibre to be emulated by my girls.

I tend to listen when I’m with her to be updated through her elocution, and especially her profound knowledge of Ghana’s media landscape.

The term “scholar-activist” broadly describes academics situated in universities who seek to make a difference either through stronger engagement within their communities or by challenging the status quo within the academy.

As a media and communication scholar, a journalism teacher, and as a trained journalist working in a developing nation context, Prof. Gadzekpo considers herself well positioned to play a scholar-activist role by making her knowledge more meaningful outside academia and sometimes speaking truth to power.

She sought to do so “not by looking out of the window” but at times venturing “into the messy reality of concrete people and their communities.”

Her research agenda has enabled her to enjoy meaningful collaborations with many scholars outside her discipline and groups and activists interested in social justice.

She has benefited greatly from her close association with civil society organisations, whose missions include promoting and deepening democracy and good governance.

As a founding member and currently Vice Chair of the Center for Democratic Development (CDD-Ghana), she has been involved in election observation and training programmes both domestically and at the African regional level.

She was also a founding member and later Chair of Ghana Integrity Initiative and currently serves on the governing council of Star-Ghana Foundation, whose main agenda is to foster active citizenship in Ghana.

Prof Gadzekpo is also a patron of the Alliance for Women in Media (AWMA), a member of the Ghana Journalists Association (GJA), and a close ally of the Ghana Community Radio Network (GCRN).

As an unapologetic feminist, one of her major preoccupations has been addressing gender inequality.

In 1993, she co-founded and edited a women’s magazine, AWO, which drew inspiration from Kate Abam’s pioneering Obaa Sima magazine to address the side-lining of serious issues relating to women in mainstream media.

She’s also worked with the Gender Advocacy and Documentation Centre, the Coalition against domestic violence, the Women’s Manifesto Coalition, and Netright.

Such interconnections between what she does in the proverbial ivory tower and the realities on the ground have given her the privileged position to situate the media and their contribution to democratic consolidation in Ghana. She reflected on these remarks recently, which need to be emphasised.

She noted the link between democracy and media, citing US President Barrack Obama addressing the Parliament of Ghana, 2009, where he highlighted the importance of building stronger institutions to bolster democracy in Africa and maintaining that an independent press and institutions — such as strong parliaments, honest police services, independent judges, a vibrant private sector, and civil society — are what “give life to democracy.”

She asserted the view that a well-functioning press nurtures democracy as reflected in the notion of the media as a fourth estate that complements and simultaneously acts as a check on the three arms of government – the executive, legislature, and judiciary.

Underscoring what the symbiotic relationship between democracy and media holds, she said that in a democracy, there must necessarily be free media, and where there is free media, the political system being practised is bound to be democratic.

The complexities of the societies we live in today are such that the media, broadly defined to include what we now call legacy media (newspapers, radio, and television), and internet-based or digital media, have assumed centrality in our lives.

As citizens, we rely on the media to facilitate information flow, to enable us to make decisions about who should govern us and to scrutinise and hold accountable those who hold power in trust us. Information is the oxygen of democracy and what keeps it alive.

She encouraged the media to play an influential role in constantly setting the agenda for what we think about, simply by selecting and placing before us what they consider worthy of public attention and, in the process conferring legitimacy on certain issues while ignoring others.

In her view, the potent mediating effect of journalism — not only of the current but of the past — is another reason the media matters. By recording events as they occur and documenting facts, journalism provides “the first rough draft of history.” So it is important that the draft be accurate.

Finally, she cautions that the media is important because it is an instrument of social control that can be manipulated by both authoritarian and democratic regimes.

The writer is a trainer of teachers, a leadership coach, a motivational speaker and a quality education advocate. E-mail: anishaffar@gmail.com