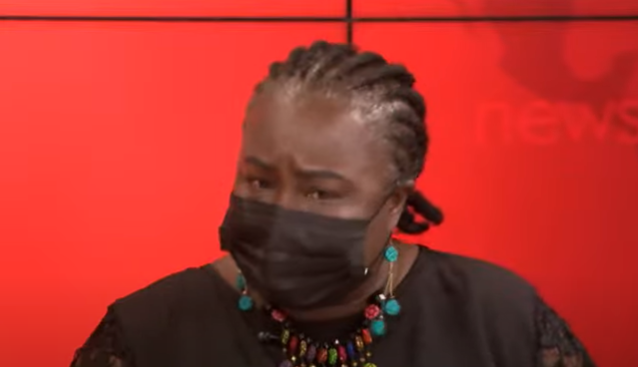 Former Dean of the School of Information and Communications Studies, University of Ghana, Prof Audrey Gadzekpo, has condemned what she describes as irresponsible utterances as well as falsehood being peddled in the media.

The Journalism Lecturer was particularly concerned because some journalists engage in this conduct, which she said is not in line with the tenets of journalism.

“There’s a crisis in journalism and how people express themselves that ought to be addressed; irresponsible utterances, misinformation, deliberate fabrication without any evidence and we know the journalism and free speech in the public domain ought to be evidence-based, ought to be on facts,” she said.

She said this on Newsfile on Saturday, February 19, 2022, on the back of five arrests involving some journalists, the Bono Regional Chairman of the New Patriotic Party (NPP), Kwame Baffoe, popularly known as Abronye DC, and the #FixTheConvenor, Oliver Barker-Vormawor over offensive conduct and publication of false news.

Prof. Gadzekpo said the ownership of radio stations by politicians is a major contributing factor to the recent arrests of journalists in the country.

According to her, these radio stations have programmes that seek to promote the agenda of political parties and sometimes engage in deliberate disinformation.

“Part of the problem is the ownership of radio stations. It is the biggest problem. Most of our radio stations are owned by politicians. It is not by accident that when Bobie Ansah was picked up by the Police, it was NDC supporters who went to the Police station. It wasn’t ordinary citizens.

“Because our media space, particularly the broadcast space has been captured by politicians. That is why we have almost 700 radio authorizations which make even the sustainability of radio stations impossible. But why? Because everyone who comes into power wants a radio station,” she said.

Nonetheless, she cautioned the Police to be mindful of how it carries out arrests in relation to this, particularly when it has to do with defamation, since Ghana has gone beyond criminalising speech.

According to her, it is not the job of the Police to arrest people who publish or broadcast false news, rather, persons involved can resort to seeking justice through the law courts (civil libel) to have their reputations redeemed.

“There is this question on how to deal with journalists and individuals who use the media in irresponsible ways in misreporting ( deliberate and malicious speeches), that’s where the Police come in,” she said.

“For instance in the Bobie Ansah case, I struggle to see why the Police should come in at all. He has allegedly defamed the First Lady and the Second Lady and they are entitled to a lawsuit,” she said.

She contended that although some of the claims “may be [classified as] false news, it is not the duty of the Police to go round looking for false news that has been published in a newspaper or broadcasted, that’s not their job.”