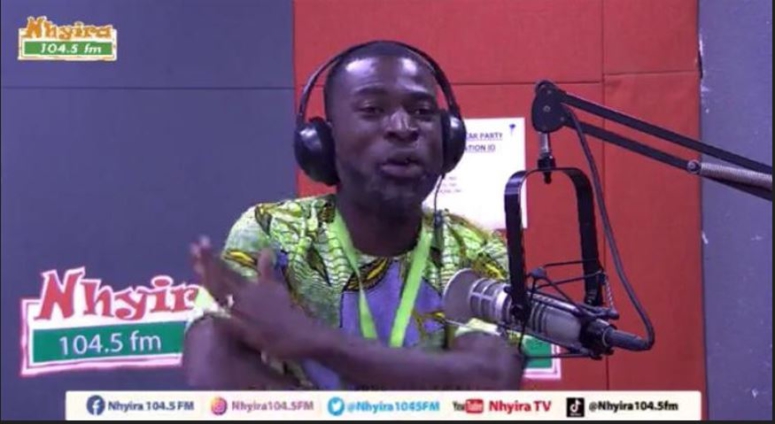 He says the allegations were directed at tarnishing the image of NDC Communication Officer, Abass Nurudeen to the benefit of Asafo Agyei who is contesting the incumbent.

“The things I said in the audio are part of the dirty work to unseat the incumbent, Abass Nurudeen. Even if it was true that there was some money to bribe him I would have spent it because I don’t know what Nana Jantuah has done to help our quest for power”, he explained on Nhyira FM.

In the leaked phone conversation between Appiah Stadium and another NDC supporter, Julius Agahowa, the two spoke about some happenings ahead of the party’s Regional Elections.

Mr Appiah went further to allege the incumbent communication officer is moving around with information that Mr Nurudeen had allegedly been sent to bribe the morning show host on behalf of the party.

He alleges an amount of 2,000 dollars and 2,000 cedis were given by a businessman for the purpose.

He further alleged the bribe was to influence the morning show host to project the party’s agenda.

Mr. Abass Nurudeen who is alleged to have delivered the bribe denied the allegations.

He insisted the morning show host has not done anything to help the cause of the party, claiming the journalist has over the years discharged his duties without favoritism.

“I haven’t received any amount to be given as bribe to Nana Jantuah. If someone wants to help the party, He will channel it through the party Chairman, not me. I don’t understand these issues,” he emphasised.

Meanwhile, Asafo Agyei on whose behalf the plot was made has vouched for the credibility of the journalist.

“I know Nana Jantuah and how well he has carried himself as a journalist. If I was the one being told the lie on the phone I would have stopped him. If Nana Jantuah was corrupt, he wouldn’t be driving a Toyota Corolla,” he added.

Management of Nhyira FM, a subsidiary of The Multimedia Group, has stated that the allegations of bribery levelled against presenter, Nana Kwadwo Jantuah, are unfounded.

In a statement, the General Manager, Kumasi Business, Jimmy Aglah, pointed out that the bribery allegations are ‘unsubstantiated.’

“Preliminary investigation reveals that the allegations are unsubstantiated. The Station engaged all persons mentioned in the allegation and they have all retracted the allegation. The person who made that particular allegation has accordingly apologized,” portions of the release stated.

DISCLAIMER: The Views, Comments, Opinions, Contributions and Statements made by Readers and Contributors on this platform do not necessarily represent the views or policy of Multimedia Group Limited.
Tags:
Appiah Stadium
Bribery and Corruption
Nana Kwadwo Jantuah
NDC and NPP
Nhyira FM