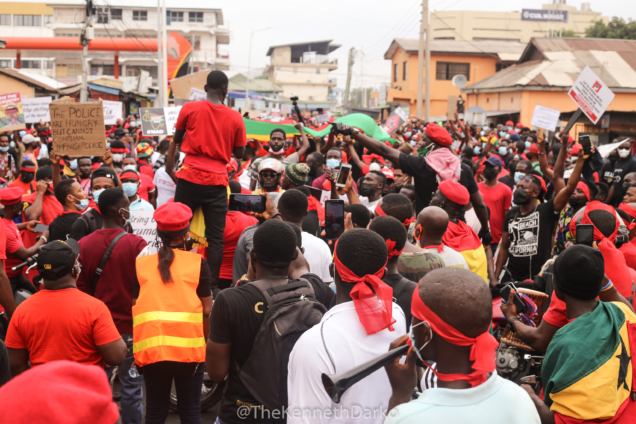 A pressure group, Arise Ghana, is set to hit the streets today to express its displeasure at what it describes as worsening economic conditions in the county.

The group had earlier announced its intention to demonstrate in front of the Jubilee House on the night of June 28 and 29.

But the police sought a court ruling on the time and location of an intended protest.

An Accra High Court on Monday ruled that the demonstration could only be staged between the hours of 8 am to 4 pm.

The court additionally directed that the protest should commence at the Obra Spot in Accra and end at the Independence Square.

In another suit filed by the group and sighted by myjoyonline.com on Monday, Arise Ghana is seeking an order reversing the ruling of the High Court.

Meanwhile, the service assured the organisers of the protest and Ghanaians of its readiness to “provide security for demonstration once the matters are determined by the court.”