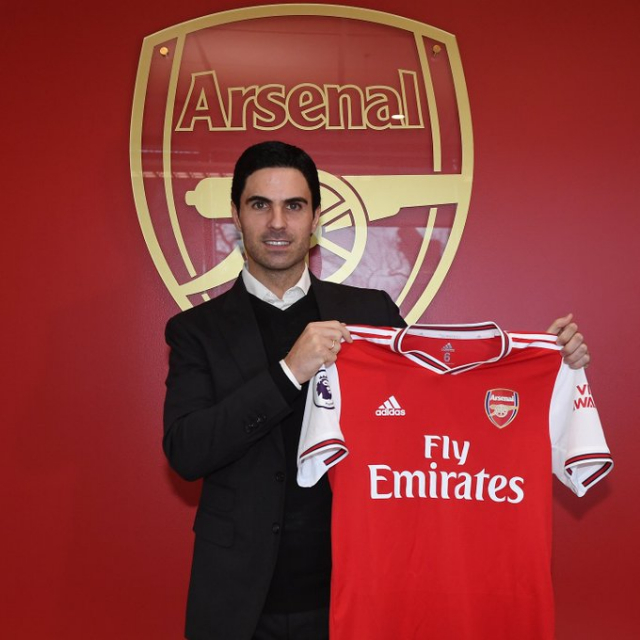 Arsenal have appointed their former midfielder Mikel Arteta as head coach on a three-and-a-half-year deal.

The 37-year-old won the FA Cup twice in a five-year career with the Gunners and succeeds fellow Spaniard Unai Emery, who was sacked in November.

Arteta had been working as a coach under Pep Guardiola at Manchester City, joining the club in 2016 after retiring as a player.

“We need to be competing for the top trophies in the game,” Arteta said.

“That’s been made very clear to me in my discussions with [owners] Stan and Josh Kroenke and the senior people from the club.”

He will take over as Gunners boss on Sunday, leaving Freddie Ljungberg in interim charge for the trip to Everton – another of Arteta’s former clubs – on Saturday.

Arsenal are 10th in the Premier League with 22 points.

“We all know there is a lot of work to be done to achieve that but I am confident we’ll do it,” added Arteta.

“I’m realistic enough to know it won’t happen overnight, but the current squad has plenty of talent and there is a great pipeline of young players coming through from the academy.”

Arteta’s coaching team has not yet been announced.

The Gunners fell deeper into crisis with a 3-0 defeat at home to Manchester City on Sunday and Ljungberg – who has won once in five games since being appointed on 29 November – called for some clarity on the situation after the defeat.

The Gunners have now gone six games without a win at Emirates Stadium, their longest run without a home victory since 1995.

Arsenal are seven points behind fourth-placed Chelsea, after five victories in 17 matches this season. They face Everton at Goodison Park on Saturday (12:30 GMT kick-off).

Former midfielder Arteta, who made 150 appearances for the Gunners between 2011 and 2016 and captained the side, was linked with replacing Arsene Wenger at the Emirates in 2018 before the club appointed Emery.

Before joining Arsenal, Arteta spent six years at Everton, making 209 appearances. The Toffees are without a permanent manager since Marco Silva was dismised on 6 December and also showed interest in the Spaniard.

Earlier in his career, Arteta spent two years at Scottish Premiership side Rangers before joining Real Sociedad in 2004.

DISCLAIMER: The Views, Comments, Opinions, Contributions and Statements made by Readers and Contributors on this platform do not necessarily represent the views or policy of Multimedia Group Limited.
Tags:
Arsenal
Mikel Arteta