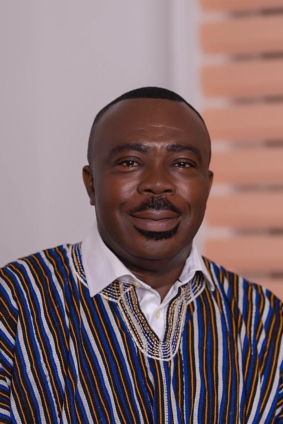 Former Director General of State Interests and Governance Authority (SIGA), Stephen Asamoah Boateng popularly known as “Asabee” has paid a familiarisation visit to some constituency executives in the Ashanti Region ahead of the New Patriotic Party’s (NPP) national executive elections.

The aspiring National Chairman candidate is currently touring constituencies in his home ground ahead of the upcoming national chairmanship elections.

Asabee started the tour from his home town of Konongo in the Ashanti Akyem enclave on Saturday and Sunday with massive endorsements from the constituency executives.

He further toured the Bekwai enclave on Monday morning and met with constituency executives from the enclave.

Speaking at these constituencies with a five (5) point plan, the former SIGA Director General said he intends to lead the party with a unified front.

He promised to resource party persons with logistics in a timely manner to be able to carry out their mandates and also plan effectively for party work.

Asabeee also intimated his desire to assign proper roles to elected and appointed executives such as deputy secretaries as well as other deputies in the main structure of the party so they function efficiently and effectively.

In his 4th point, the former SIGA Boss said he would commence a discussion with the party leadership when he becomes Chairman so that they could implement what he has termed as agenda 60/40.

This agenda, Asabee explained would mean a discussion with the President on how to allocate at least some 40% of appointments to party persons.

Capping his message, Asabeee noted that the 2024 general elections will not be an easy task but he is desirous of leading the NPP to the battle ground as a “War Time General” with the capacity to outwit any other party together with their strategy