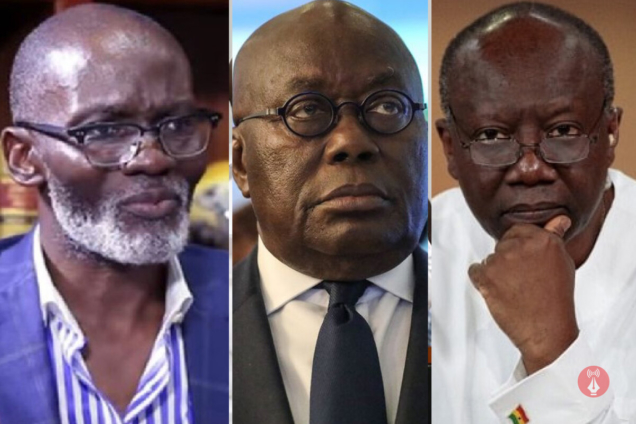 The Alliance for Social Equity and Public Accountability (ASEPA) has filed a petition with the Commission of Human Rights and Administrative Justice (CHRAJ) against President Akufo-Addo, Finance Minister, Ken Ofori-Atta and Gabby Otchere Darko of Africa Legal & Associates over the Agyapa deal.

The Executive Director of ASEPA, Mensah Thompson in the petition on Tuesday noted that following the revelations in the Special Prosecutor’s Corruption Risk Assessment report on the Agyapa Minerals Royalties deal, the respondents need to be held accountable for conflict of interest, procurement violations, and tender rigging.

Mr Thompson noted that Special Prosecutor Martin Amidu demonstrated “incompetence” when his outfit referred the report on the Corruption Risk Assessment Report to the President after his findings.

According to ASEPA, although the Office of the Special Prosecutor has the mandate to investigate and prosecute the issues raised in its report, he rather forwarded his findings to the President who they say “is also conflicted in this situation, because his cousin the Finance Minister and nephew Gabby Otchere Darko have all been indicted in this report”.

“It is on this note that ASEPA has taken the pain to petition CHRAJ who is also seized with enough powers to investigate these issues to commence a full scale investigations into the Agyapa Deal using the OSP’s Corruption Risk Assessment Report as a lead,” he stated.

The Agyapa Deal, which is said to be in line with the Minerals Income Investment Fund (MIIF) Act 2018 (Act 978) was passed by Parliament on August 14.

The new agreement will enable the country to use a Special Purpose Vehicle (SPV), Agyapa Royalties Limited, to secure about $1 billion to finance large infrastructural projects.

The transaction has however been met with stiff opposition from members of the NDC, some civil society organizations, and a cross-section of Ghanaians.

Subsequently, the Office of the Special Prosecutor advised the government to pull the brakes on its planned launch of an Initial Public Offer (IPO) regarding the Agyapa Royalties agreement.

According to Martin Amidu, the move was to allow his outfit the opportunity to conclude its ongoing corruption risk assessment.

After submitting the report to the Presidency on October 15, President Akufo-Addo instructed the Finance Minister to send the deal back to Parliament for further scrutiny.