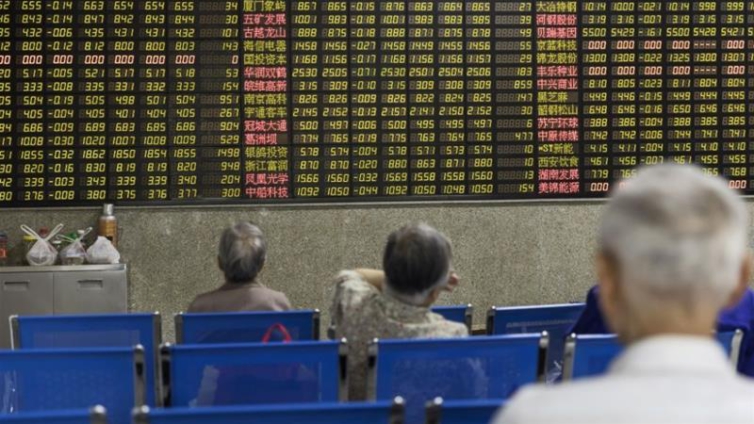 Most global share markets have rallied strongly from their lows in March and April but some analysts say they may have risen too fast given the ongoing uncertainties surrounding the coronavirus pandemic [FIle: Qilai Shen/Bloomberg]

Asian shares were broadly weaker on Tuesday as possible delays in an expanded stimulus programme in the United States and concerns about further pandemic-related lockdowns in Europe dented the recent positive sentiment towards global stock markets.

Hong Kong-listed shares of HSBC – which plunged to a 25-year low on Monday – and Standard Chartered weakened by a further 2 percent, as global banking stocks remained under intense pressure on reports about financial institutions allegedly moving illicit funds.

UK-based HSBC and Standard Chartered were among the global lenders named as having transferred more than $2 trillion in suspect funds over nearly 20 years. HSBC has said the information in the reports was historical, while Standard Chartered pointed to recent investments to improve its control procedures.

MSCI’s broadest index of Asia-Pacific shares outside Japan was down 0.68 percent.

“Markets globally have run hard on the weight of huge liquidity, so it’s not surprising to see a pullback in some valuations,” said James Rosenberg, an EL&C Baillieu adviser in Sydney. “Add in uncertainty with US elections and another COVID wave in Europe … it unsettles investors.”

“A lot of investors felt the market had got ahead of itself given the long list of things to worry about,” said Ord Minnett adviser John Milroy.

A burst of positive sentiment emerged briefly in mainland China as the blue-chip index traded higher but the market then slipped back into negative territory.

Japanese markets were closed for a public holiday.

“We can’t see any positive news on the horizon in the near-term for the markets to rebound,” said Steven Leung, executive director for institutional sales at Hong Kong brokerage UOB Kay Hian.

US stocks have tumbled over the past three weeks as investors dumped heavyweight technology-related shares following a stunning rally that lifted the S&P 500 and the Nasdaq to new highs.

The coronavirus also remains front and centre of investor concerns.

‘This won’t be easy’

New pandemic measures in the United Kingdom set off declines in airline, hotel and cruise companies in both European and US markets, spurring fears of further restrictions.

British Prime Minister Boris Johnson is expected to tell people on Tuesday to work from home and will impose new curbs on pubs, bars and restaurants in a bid to tackle the swiftly accelerating second wave of the pandemic.

In an address to the parliament at 11:30 GMT and then to the nation at 19:00 GMT, Johnson will stop some way short of a full national lockdown of the sort he imposed in March, according to excerpts of his remarks distributed by his Downing Street office.

“We know this won’t be easy, but we must take further action to control the resurgence in cases of the virus and protect the NHS,” Johnson will say.

The measures come after senior medics warned on Monday that the UK faces an exponentially growing death rate within weeks unless urgent action was taken.

Concerns are also growing about a delay in stimulus measures in the US Congress, which has remained deadlocked for weeks over the size and shape of another coronavirus-response bill, on top of the roughly $3 trillion already enacted into law.

The death of US Supreme Court Justice Ruth Bader Ginsburg appeared to make the passage of another stimulus package in Congress less likely before the November 3 presidential election, sparking large declines in the healthcare sector.

US President Donald Trump said he would put forward his nominee on Friday or Saturday and called upon the Senate, controlled by his fellow Republicans, to vote on confirmation ahead of the election.

The dollar held on to sharp gains made on Tuesday, with moves in Asia modest owing to Japan’s public holiday. The euro was steady at $1.1764 and the yen, which backed off a six-month high as the dollar gained, crept higher to 104.51 per dollar.

The Australian dollar slipped a fraction to $0.7221 after a senior central banker flagged the prospect of policy options including currency market intervention and negative interest rates to support the economy.

Gold prices fell as the US dollar strengthened, and last traded at $1,908.76 per ounce.

DISCLAIMER: The Views, Comments, Opinions, Contributions and Statements made by Readers and Contributors on this platform do not necessarily represent the views or policy of Multimedia Group Limited.
Tags:
China
Europe
Hong Kong
Japan
United States