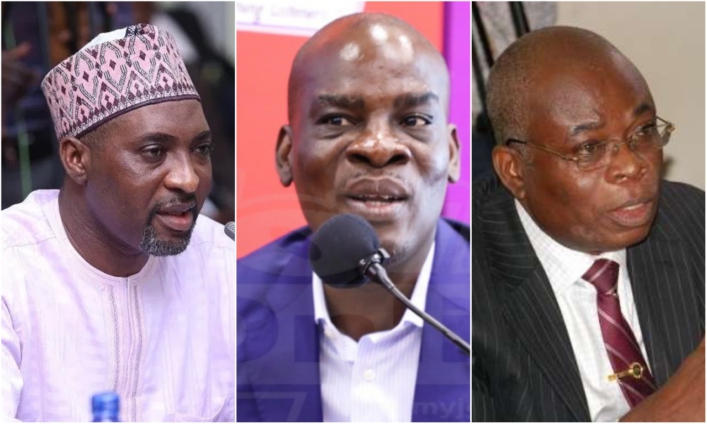 Chairman of the National Democratic Congress, Johnson Asiedu Nketia has justified the change in leadership of the party in Parliament.

According to him, the change forms part of the reorganization process to help the party capture political power during the 2024 elections.

“We started re-organization of our structures to be able to position ourselves to fight election 2024,” he said.

Speaking in an exclusive interview with JoyNews’ Blessed Sogah, he said the decision forms part of a nationwide restructuring process the party is undertaking.

“We started more than a year ago, we started at the branch level. We have since done elections in about 40, 000 branches and then from there we proceeded to the constituency level. We are done largely with all the constituencies, we have done regional elections and we just completed our national election and the next is to look at our leadership in Parliament. That is what we have just done,” he said.

Touching on the timing of the party’s decision and its intended effect, Mr. Nketia stressed that the timing is in line with plans to fully prepare the party for the race ahead.

“In terms of timing, it’s in line with the way we are prosecuting the national reorganization, in terms of why?, what it tells you is that the only constant thing is change. Since the environment is changing, leadership must change along with the new environment,” he said.

On what informed this new leadership, Mr Nketia said as the days of the elections get closer, the debates on the floor of Parliament will change to issues on the economy, infrastructure and energy, hence it is important they [NDC] put the best in those fields to properly argue their stance.

“We know for instance that going into election 2024, the economy is going to be the major battle ground and so many of the debates will focus on the economy. So you better put your best man in economy forward that is what we have done.

“We also looked at energy. You know the petroleum and electricity challenges, so we needed to settle on Kofi Armah Buah, our former minister to be the Deputy Minority Leader

“The other area is infrastructure, Kwame Agbodza being our man in infrastructure should play a key role that generally is what informed the changes” he added.

The National Chairman of the NDC said although the party tried to have equal representation of all 16 regions, that is impossible given that there are only five positions to be filled.

He stressed that, “the Change has nothing to do with the performance of the leaders at all. What it has a lot to do about is that the environment is changing, so if you are a football coach and the team you are facing and the game style they are adopting is not in keeping with the players you have put out there, you will do yourself a lot of Good.”

Some NDC legislators have described the new development as a “coup d’etat.”

However, Mr. Nketia said the outgoing leadership of the party were duly informed of the new decision.
“We sent a senior person in the party to engage them and let them know that this is the way we are going to handle it.

“Naturally, it will not be a pleasant news but at least you need to give them the respect to them, so we communicated to them before writing the letters to them.

“Apart from the letter we have written to Mr Speaker each of them were written a special letter acknowledging their contributions whilst they were in the leadership,” he added.

Mr Nketia added that all other legislators will be informed once Parliament resumes from recess.

Earlier on Tuesday, the current leadership of the NDC were changed on all fronts.

According to the party, Dr Cassiel Ato Forson has taken over from Haruna Iddrisu as the new Minority Leader. Ellembelle MP, Kofi Armah Boah will replace James Klutse Avedzi as Deputy Minority Leader.

Some NDC legislators who are unhappy with the situation are already describing the development as a “coup d’etat” and questioning the rationale behind the change.

Amongst them is Tamale Central MP, Ibrahim Murtala Mohammed who said the timing of the decision by the party’s hierarchy is ‘wrong’.

Speaking on Asempa FM’s Ekosiisen later on the same day, the audibly displeased lawmaker explained that as far as he and other colleague NDC MPs are concerned, the current crop of parliamentary leadership have been diligent in their duties.

DISCLAIMER: The Views, Comments, Opinions, Contributions and Statements made by Readers and Contributors on this platform do not necessarily represent the views or policy of Multimedia Group Limited.
Tags:
Asiedu Nketia
NDC
parliamentary leadership