Asset holding license of PDS yet to be revoked – Oppong Nkrumah 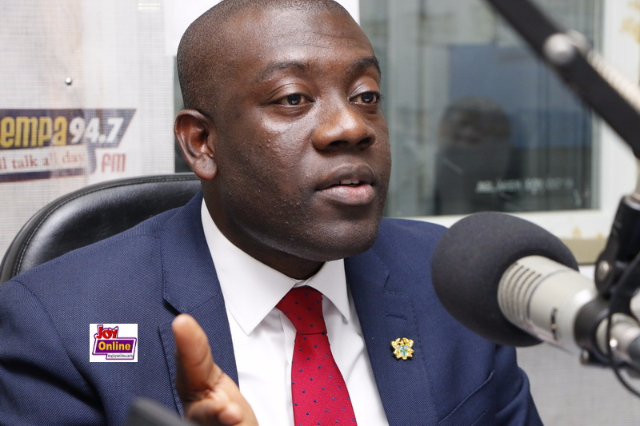 Power Distribution Service’s licence to distribute power has been revoked by the Energy Commission but not its rights to hold asset belonging to ECG, the Information Minister has said.

According to Mr. Kojo Oppong Nkrumah, the Energy Commission is in the process of doing that.

“My brief is that they are in the process of suspending that one too. They have 30 days in which they will suspend that too unless PDS shows cause that it should not be suspended,” he said on Joy FM’s Super Morning Show Friday.

PDS holds an estimated $18 billion worth of assets belonging to the Electricity Company of Ghana. These assets include cash and strategic installations of the ECG.

On March 1, 2019, PDS took over some assets and operations of the ECG including electricity service distribution in all of ECG’s operational areas in Ghana.

The new arrangement was among other things expected to cut distribution losses to the barest minimum while delivering improved power services to Ghanaians.

However, the government Wednesday night announced unceremoniously that PDS’s right to distribute power had been suspended.

“The decision follows the detection of fundamental and material breaches of PDS obligations in the provision of payment securities (Demand Guarantees) for the transactions which has been discovered upon further due diligence,” a government release said.

The release further revealed that the Electricity Company of Ghana had been directed to carry out duties which were being performed by the PDS until its suspension.

The Information Minister said PDS is still holding the assets of ECG because the government wants to follow the due process (which requires a period of 30days for a licence of that nature to be revoked.)

“Remember that we have said that everything that is being done must be done in accordance with the law, “he told Daniel Dadzie, host of the SMS.

Mr. Nkrumah added that the “PDS and ECG are working to ensure that ECG gets access to all of those sites. And that those sites are not compromised.”

The Minister of Information assured that “there will not be any interruption in the supply of power as a result of the ongoing transition.”