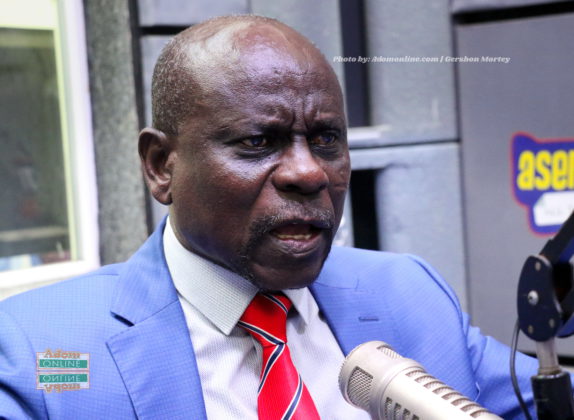 Derrick Oduro has been unseated as MP of Nkoranza North

Member of Parliament elect for Nkoranza North Constituency on the ticket of the National Democratic Congress (NDC), Joseph Kwasi Mensah says being a regular at funeral functions helped him win the elections.

According to him, he does not only live in the constituency but also knows all their problems.

According to him, this gave him an upper hand when relating to the people.

“And again because I live with them, I regularly attend funerals which have made me known. They also know that I am God-fearing and that has made them trust me,” he stated.

The MP elected promised to work for the people after they trusted him to lead the constituency. He added that he will not abandon the good projects started by his predecessor.

He beat the incumbent MP and Deputy Defense Minister Major (retired) Derek Oduro who had 10,978 votes.

Mr Oduro has been the MP for Nkoranza North since 2007 when he was elected after a by-election.

Mr Mensah said that although many people are suprised he unseated the incumbent MP, he has worked hard to win the election.

He added, “again the people of Nkoranza North had believed in me that I was not going to disappoint them.”