Ban on tricycles: Intentions are good but implementation will lead to chaos - Governs Agbodza - MyJoyOnline.com

Ban on tricycles: Intentions are good but implementation will lead to chaos – Governs Agbodza 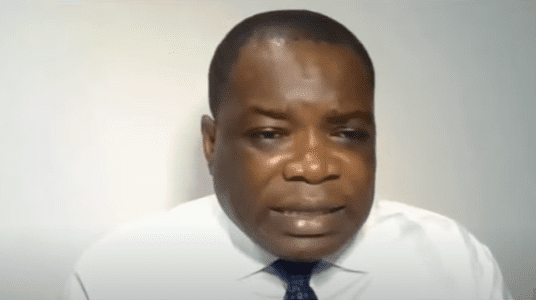 Ranking Member on the Roads and Transport Committee of Parliament, Governs Kwame Agbodza has opposed the Greater Accra Regional Minister’s decision to ban the use of tricycles on the highways.

Speaking on PM Express, Mr. Agbodza reiterated the Minority’s position over the matter saying it is unconstitutional.

According to him, the regional assembly is also getting caught up in an issue that does not fall within its remit.

“The legislative power of the country only resides in Parliament under Article 93(2). What had been given to the local authority to do is not envisage to be parent law makers, they are to make bye-laws,” he stated.

He said if the substantive minister, Henry Quartey is given the green light to rid highways of tricycles popularly known as “aboboyaa”, several regional ministers will take cue from his example, leading to chaos in the country.

“If you don’t take time, the Greater Accra Regional Minister and Assemblies will make rules as to how certain roads should be used in Accra. Volta Regional Minister will make laws on how certain roads should be used in Volta Region. By the time we finish the 16 regions, if you are to drive from Accra to Paga, you’d have to understand the various restrictions and limitations on every road. It will be chaos,” he explained to host, Evans Mensah on Wednesday.

The Member of Parliament for Adaklu Constituency further noted that the calls for a ban on tricycles have not been well established, therefore, held the view that this is an attempt to ban the use of okada in the long run.

Mr Agbodza also argued that per statistics, many lives in the country have been lost to vehicular crashes on the road instead of tricycles.

“Far more people die in vehicular accidents than on motorbikes and everything. We know that. Nobody should make it look like Okada or aboboyaas are the major causes of accidents anywhere,” he said.

Despite drawing the flaws on the controversial law that is to take effect from November 1, 2021, he acknowledged that the intentions of the Regional Minister are good, however, there is a need for the directive to be repackaged to prevent difficulty in implementation.

He suggested that “we need to change the law.”

“If this is what the Regional Minister and assembly want to do, let them package this thing, send it through the Ministry of Transport together with National Roads Safety Authority.

“It will be brought back to Parliament for us to see holistically what we can do,” he added.