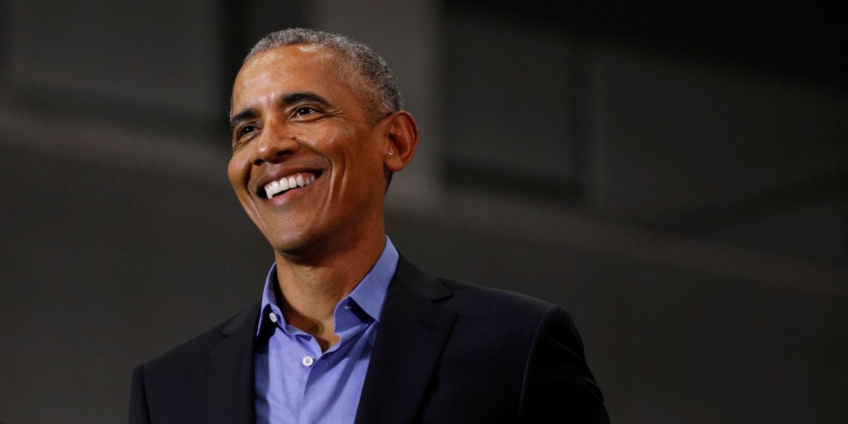 The former POTUS was leaving a gym in Flint, Mich. when he left it all on the court at Flint’s Northwestern High School after making the sweeping shot.

“That’s what I do!,” he appears to say to the campaign staff after he grabs his coffee cup while walking away.

Uploading the video to his social media, Obama captioned the video, “Shoot your shot,” encouraging his followers to head over to iwillvote.com to get ready for the 2020 presidential election on Nov. 3.

His viral money shot captured the attention of NBA champion Lebron James who has partnered with Mr. and Mrs. Obama on their voting initiatives, More Than A Vote, When We All Vote and When We All Vote Together.

Obama and Biden campaigned together in Flint on October 31 at a drive-in rally in a big push to the finish in the Battleground state, where the ex-vice president hopes to flip some electoral votes from red to blue. The former president blasted President Trump’s politician style, calling it a “reality show.”

“He hasn’t shown any interest in doing the work or helping anybody but himself or his friends or treating the presidency as anything more than a reality show to give him the attention that he craves,” Obama said. “But unfortunately, the rest of us have to live with the consequences.”

DISCLAIMER: The Views, Comments, Opinions, Contributions and Statements made by Readers and Contributors on this platform do not necessarily represent the views or policy of Multimedia Group Limited.
Tags:
Barack Obama
Joe Biden