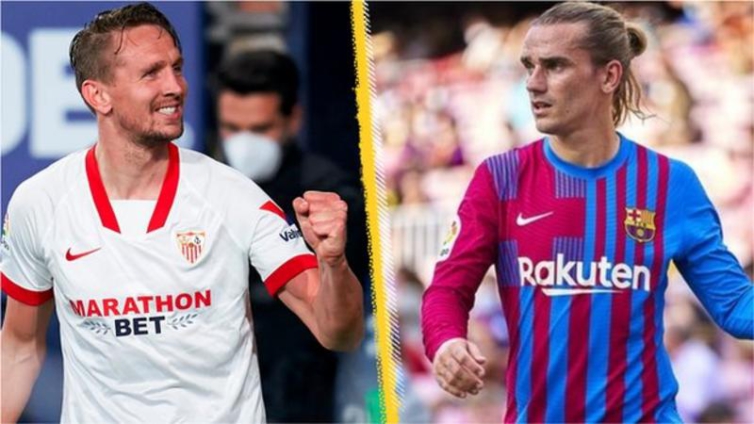 Barcelona have signed Netherlands striker Luuk De Jong from Sevilla on a season-long loan after France’s Antoine Griezmann left the Nou Camp to rejoin Atletico Madrid on a similar deal.

Barca will pay 31-year-old De Jong’s salary this season and have an option to make his stay permanent next summer.

Atletico take on Griezmann’s salary this term, but there is a compulsory clause to make the transfer permanent.

The 30-year-old returns to Atletico two years after he joined Barca for £107m.

The France striker scored 133 goals in 257 games for Atletico, winning the Europa League, Uefa Super Cup and Spanish Super Cup during his time in the Spanish capital.

But the 30-year-old scored just 35 goals in 102 games and managed to win only the Copa del Rey with Barca.

The only money Barca spent to bring in a player on a permanent deal during the summer transfer window was to exercise their option to call Emerson back from Betis for a reported 9m euros, only to offload him for a substantial profit.

De Jong, who scored 19 goals in 93 games for Sevilla after moving to La Liga from PSV Eindhoven in the summer of 2019, is the fourth forward to join Barca this summer after compatriot Memphis Depay, Sergio Aguero and Yusuf Demir.

Having Sergio Busquets and Jordi Alba agree to salary reductions

on Tuesday ensured Aguero could be registered and helped “to extend the club’s limit with regards to financial fair play regulations,” a Barca statement said.

Gerard Pique did the same earlier in the summer.