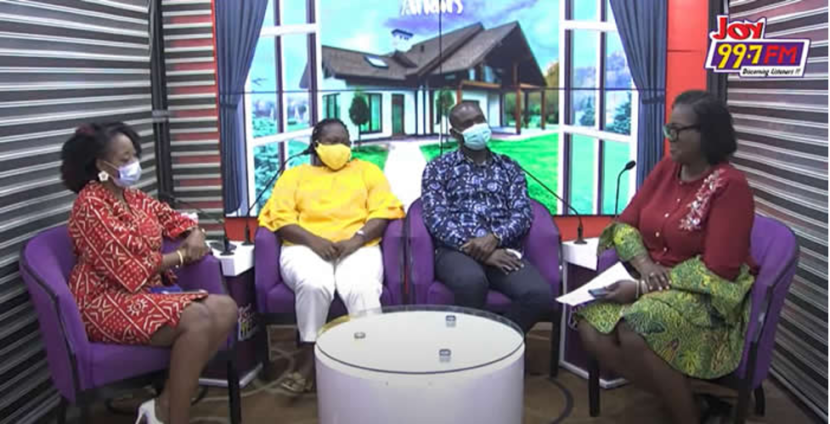 How do you give foolproof training to your children, especially in their teenage years, so they don’t become a sex toys in the hands of predatory society?

And it all started because of a letter from a mother (let’s call her Esther) who says she overheard a mind-boggling conversation among two girls of not more than 15 years, who were happy as they devised plans for a school that had little to do with books and more to do with sex – with male teachers.

So the host of the show, Edem Knight-Tay, examine the bland advice parents often give to their children to be simply ‘good children’. Will they figure it out themselves? Should they? Can they?

Nicolina Adumah, an insurance marketer, recalled a popular Christian scripture, “train up a child the way he should go,” and strongly urged parents to “add God”.

She explained that training means researching and reading a lot about the subject of parenting. “You should be thinking wild”, she went wild, suggesting that a parent should be one step ahead of the childlike jungle warfare.

She said parents fail when they try to circumvent awkward conversations with their children, especially sex education.

Host Edem Knight-Tay recalled how she once asked her mother how children are created. She said she got no answer, only a short trip to her grandmother who went “round and round” the question.

Ariel, a wellness coach, was more direct. She said occasionally she would ask her daughter, “Are you a virgin? Have you had sex?” all the while dreading an answer in the affirmative.

She said she employs some good degree of monitoring, like asking her to send her videos of where she is and what she is doing. “When she goes out, she sends me videos,” Ariel said.

Still, Ariel confessed she had a hard time sleeping while her daughter is away in school. “I pray and tell her I trust you, so whatever you are doing, let me know,” she gave in to the reality that a part of parenting is helplessness in knowing there is no foolproof advice.

A teacher and the only male panellist Emmanuel Affuah narrated an occasion in class when a female teen student who liked his teaching methods wants more than a classroom interaction.

He said he told her that she would have to pass his English class first. He said that was how he managed to get the student to channel her energies into studies until that desire to date her teacher wore off.

Mr Affuah rued the lack of guidance and counselling in school while parents are more focused on their children getting the grades. The teacher controversially suggested that the teacher licensure exams could be a way of weeding out substandard and unprofessional teachers.

Talk with us, not to us. All they need is someone to listen to them.