Beyonce has scooped nine nominations for the 2017 Grammy Awards, extending her lead as the most-nominated woman in Grammys history.

The star is up for the main prize, album of the year, for her ambitious visual album, Lemonade, which tackles themes of race and female identity.

Her single Formation is also up for song and record of the year.

In all three categories, she is up against Adele – who previously won the ceremony's top three prizes in 2012.

Beyonce now has 62 Grammy nominations across her work as a solo artist and as part of Destiny's Child, making her the fourth most-nominated artist ever.

She has won 20 trophies altogether, although she has yet to clinch the album of the year prize, having been beaten to the title by Beck in 2015 – much to the disgust of Kanye West, who stormed the stage in protest.

West receives eight nominations this year for his album The Life Of Pablo – all in the rap categories.

Drake and Rihanna also have eight nominations, including three for their hit collaboration, Work. 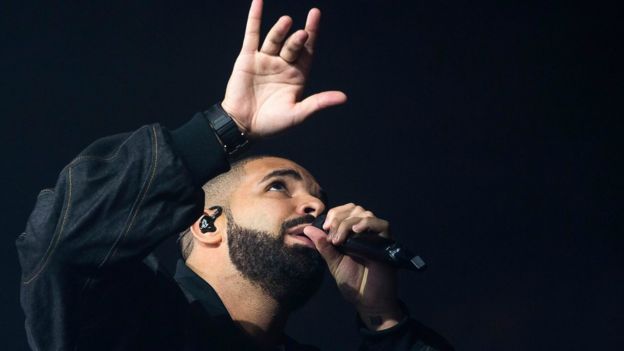 Image captionDrake, whose album Views is the most-streamed record of the year, is nominated in multiple categories

Making Grammy history is Chicago-born musician Chance The Rapper, whose album Coloring Book is the first streaming-only record to be recognised by the Recording Academy.

He achieves seven nominations, including best new artist, without ever releasing a physical album or digital download.

If Adele wins, she will become only the second woman to receive the best album prize twice, after Taylor Swift.

Notably absent from the shortlist is David Bowie, who was tipped to win for his critically-acclaimed Blackstar album.

The record does make an appearance in the best alternative album category, as does Radiohead's A Moon Shaped Pool.

Coldplay have also fared badly, receiving just one nomination – best music video – despite selling millions of copies of their latest album, A Head Full Of Dreams.

British star James Corden will host the 2017 Grammy Awards, which take place at the Staples Center in Los Angeles on Sunday, 12 February. 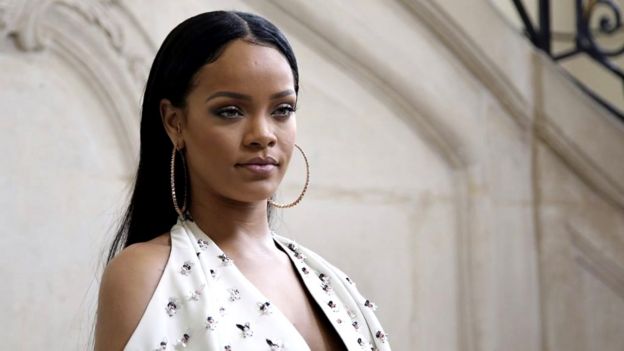 Album Of The Year

Record Of The Year

Song Of The Year