Bitcoin prices surge after Paypal jumps into the cryptocurrency business 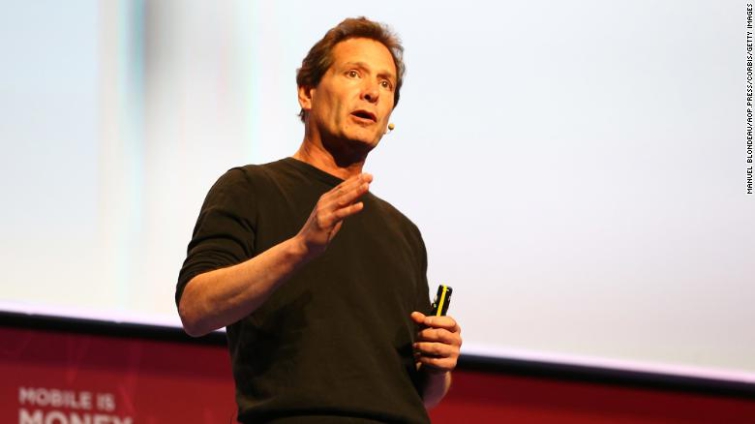 Paypal CEO Dan Schulman delivers his keynote conference during the Mobile World Congress at the Fira Gran Via complex in Barcelona, Spain on February 22, 2016. The annual Mobile World Congress hosts some of the world's largest communication companies, the show runs from the 22 to 25 February. Photo by Manuel Blondeau/AOP.Press/Corbis (Photo by AOP.Press/Corbis via Getty Images)

PayPal is launching its own cryptocurrency service, allowing people to buy, hold and sell digital currency on its site and applications.

The online payments company declared adding crypto was a significant milestone on the path to mainstream adoption of cryptocurrencies such as bitcoin.

Bitcoin investors agreed: Prices rose 5% on the news Wednesday. The efficiency, speed and resilience of cryptocurrencies give people financial inclusion and access advantages, said PayPal President and CEO Dan Schulman, who described the eventual shift from physical to digital currencies as “inevitable.”

Cryptocurrency is digital money exchanged without fees between two parties online with no involvement from traditional banks and no regulatory oversight by national governments.

“Our global reach, digital payments expertise, two-sided network, and rigorous security and compliance controls provide us with the opportunity, and the responsibility, to help facilitate the understanding, redemption and interoperability of these new instruments of exchange,” Schulman said in a statement. “

The company’s US customers will receive crypto service access in the coming weeks, but they won’t be able to pay for products and services using cryptocurrency until early 2021.

PayPal’s Venmo customers and select international consumers won’t have crypto services until some time in the first half of 2021. Investors responded positively to the news Wednesday, as PayPal’s (PYPL) stock price surged following opening bell before retreating close to where it opened for the day.

The company’s stock has more than doubled since the beginning of the Covid-19 pandemic in the United States in mid-March.

The pandemic has fueled a boom in the online payments industry and companies like PayPal, Square (SQ) and Venmo — which is owned by PayPal — because many coronavirus-wary consumers are avoiding the use of physical cash.

PayPal isn’t the only major company betting on cryptocurrencies. Square spent $50 million to buy more than 4,700 bitcoins earlier this month. Square Chief Financial Officer Amrita Ahuja told reporters at the time that the company believes bitcoin could be more a “more ubiquitous currency in the future.”