Yesterday, Boeing CEO Dennis Muilenburg issued an extraordinary public statement in which he apologized for the 346 lives lost in recent crashes of the company's 737 MAX aircraft — both in Indonesia and in Ethiopia.

On behalf of Boeing, Muilenburg said, "All of us feel the immense gravity of these events across our company and recognize the devastation of the families and friends of the loved ones who perished."

In the statement, Muilenburg went on to discuss the preliminary report of the Ethiopian Airlines Flight 302 accident investigation. According to Muilenburg, "it's apparent that in both flights the Maneuvering Characteristics Augmentation System, known as MCAS, activated in response to erroneous angle of attack information."

This is the first time Boeing has publicly acknowledged that the malfunctioning MCAS led to the accidents.

Now that the cause of the crashes has been pinpointed, Muilenburg believes that Boeing has the ability to fix it. In the statement, Muilenburg said,

The history of our industry shows most accidents are caused by a chain of events. This again is the case here, and we know we can break one of those chain links in these two accidents. As pilots have told us, erroneous activation of the MCAS function can add to what is already a high workload environment. It's our responsibility to eliminate this risk. We own it and we know how to do it.

Muilenburg is confident that the fix will prevent crashes of 737 MAX aircraft as a result of the faulty MCAS function. Said Muilenburg in the statement,

This update, along with the associated training and additional educational materials that pilots want in the wake of these accidents, will eliminate the possibility of unintended MCAS activation and prevent an MCAS-related accident from ever happening again.

It's no secret that aircraft manufacturer Boeing has been on the hot seat ever since the crashes of two of its 737 MAX aircraft. That seat just got a little hotter when earlier this week Boeing announced that fixes to its software would be delayed. In addition, a second software fix unrelated to the MCAS but critical to flight safety has been ordered by the FAA. 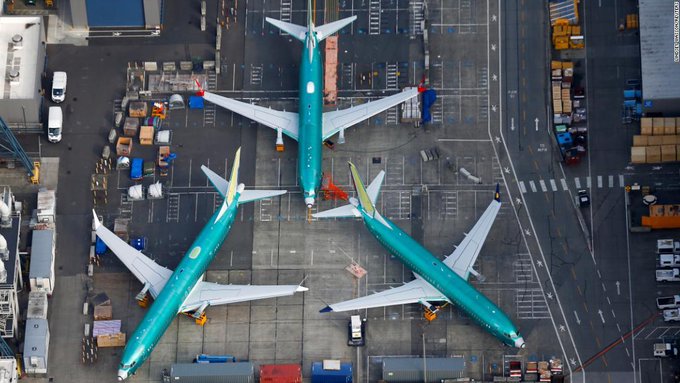 Lion Air Flight 610 — a Boeing 737 MAX 8 aircraft — crashed on October 29, 2018 shortly after takeoff from Soekarno-Hatta International Airport in Jakarta. All 189 passengers and crew died in the disaster.

After initially resisting calls to ground the Boeing 737 MAX, on March 13, 2019 the FAA did just that. And, a day later, Boeing suspended deliveries of the aircraft while it focused on determining the cause of the crashes and coming up with a fix.

Unfortunately, it may take weeks or even months before the fix is delivered, tested, and 737 MAX aircraft are allowed to fly again. With Southwest, American, and United losing millions of dollars because of the grounding of their 737 MAX airplanes, the fix can't come soon enough.