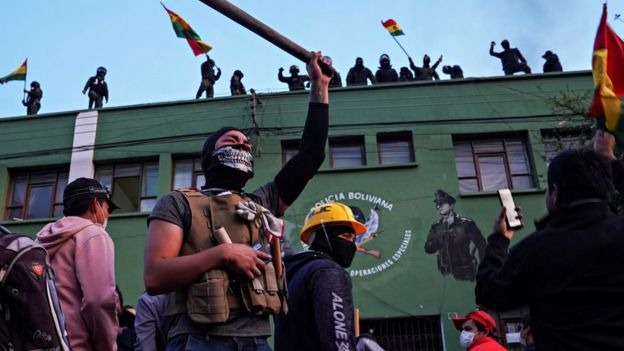 Police have joined protests in several Bolivian cities over the disputed re-election of President Evo Morales.

But the country’s defence minister said there were no plans to send the military to quell the police “mutiny”.

There have been 17 days of deadly protests against Mr Morales, who is accused of rigging last month’s election to secure a fourth term.

Mr Morales – Latin America’s longest-serving leader – denies any wrongdoing and says he will not resign.

What do we know about the demonstrations?

Demonstrations on Friday were the first to include large numbers of police, though the scale was unclear. 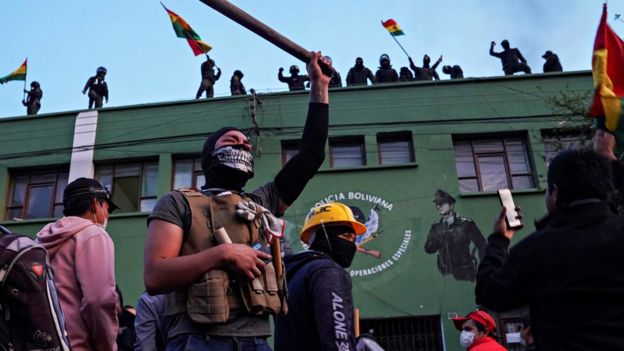 Speaking to local media, several uniformed officers called on Mr Morales to resign, and said they would stop him from turning Bolivia into a dictatorship like his allies in Cuba and Venezuela.

There were also reports of police leaving the streets of La Paz and returning to their station buildings.

In a tweet, President Morales denounced the protests as an “attack on the rule of law”.

Defence Minister Javier Zabaleta, speaking with state television, called for calm and said he was confident police would “continue to fulfil their constitutional job to safeguard the people”.

Why are people protesting?

Bolivia has been rattled by protests, strikes and road blocks since the country held a presidential election on 20 October.

At least three people have died during clashes. The mayor of a small town was also attacked by protesters earlier this week, who dragged her through the streets barefoot, covered her in red paint and forcibly cut her hair. 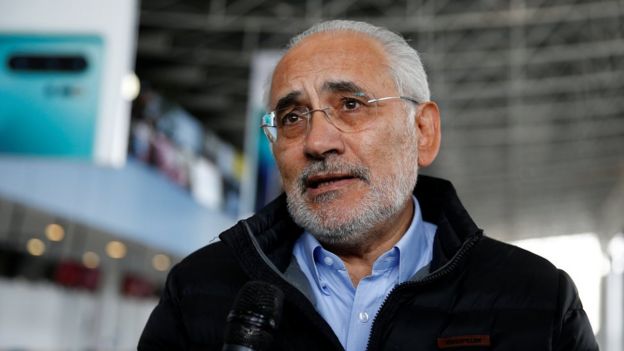 Mesa came second in the presidential race, and is calling for a re-election

Tensions first flared on the night of the presidential election after the results count was inexplicably paused for 24 hours. The final result gave Mr Morales slightly more than the 10-percentage-point lead he needed to win outright in the first round of the race.

The Organization of American States (OAS) is conducting an audit of the votes, and results are expected to be published next week.

But Carlos Mesa – the candidate who finished second – has spoken out against the audit, saying that his party was not consulted.

A former president himself, he asked Bolivia’s congress on Friday to pass an emergency bill to prepare for new elections.

DISCLAIMER: The Views, Comments, Opinions, Contributions and Statements made by Readers and Contributors on this platform do not necessarily represent the views or policy of Multimedia Group Limited.
Tags:
Bolivian
Protests